The Japan Aerospace Exploration Agency (JAXA) and Nasa on Saturday launched a rocket carrying the Space Tethered Autonomous Robotic Satellite (STARS-Me). Built by Shizuoka University engineers, it features two 10cm cubic satellites connected by a 10metre-long tether. In the first trail of its kind, a small robot representing the elevator car, will move up and down the cable using a motor as the experiment floats in space. Although previous experiments have flown satellites tethered with a cable, STARS-Me is the first to test movement along the cable in space.

A full-scale space elevator is a popular choice among experts to ferry crew and cargo from Earth to orbit, as it will operate more economically and efficiently than rocket launches. The concept of a tower reaching geosynchronous orbit was first published in 1895, but technology is only now becoming capable of turning science fiction into reality. Challenges include protecting passengers from the Van Allen radiation belts, and mitigating the hazard posed by aircraft and spaceships. And impacts by space objects such as meteoroids and orbiting man-made debris pose further problems on the cable.

Nonetheless, Japan’s Obayashi Corporation hopes to build such an elevator by 2050. The design involves a 96,000-kilometer-long, carbon-nanotube cable attached to a floating “Earth Port” in the ocean on one end and a space station on the other. “The current technology levels are not yet sufficient to realize the concept, but our plan is realistic,” the corporation’s spokesman said. 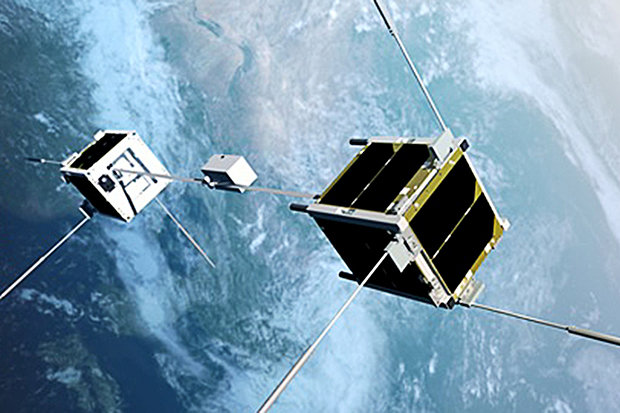