Receptionists were stunned when blood-soaked Shaun Wayne, 34, stood in front of them in a room full of patients after walking in with his bicycle. He had been cycling to work in Strand near Cape Town, South Africa, when he was attacked by two men – one of whom stabbed him in the head with lethal force. The six-inch blade was stuck in his skull as the pair tried to grab his bike but incredibly Shaun fought back and managed to beat them both off.

He then got back on his bike and cycled half a mile with the knife sticking out of the side of his skull to the surgery of his local GP. Dr Brendan Venter – a former Springbok rugby player and a rugby coach – said: “One of our female doctors was on duty and she was called to a patient with a knife wound. “To say it was dramatic to see him with a knife sticking out of the side of his head was an understatement but he was very calm and lucid although bleeding a lot. “He asked very politely if we had a doctor free to see him. “The doctor decided that rather than wait for an ambulance she would drive him to hospital in her car herself and he asked if it was ok to leave his bike with us.

“The patient was very lucky in that although the knife was plunged into his skull it bent on impact with the bone and the blade went down his face outside the skull. The restaurant manager was rushed into the Tygerberg Hospital nearby on Monday afternoon and underwent emergency surgery and a spokesman confirmed he was “stable”. 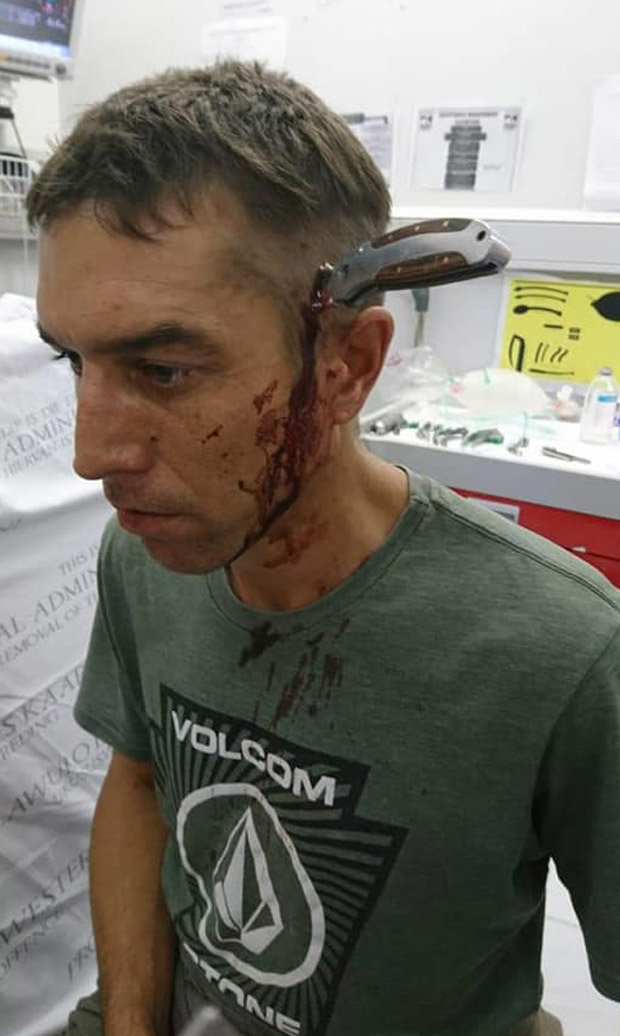