A Swedish glamour model has been gorging on a high calorie diet in order to make her derriere the largest in the world. Natasha Crown, 24, from Gothenburg, whose aim in life is to have the biggest bum possible, has deliberately gained four stone in order to widen her behind, and insists its size makes her feel ‘sexy and powerful’.

And Natasha – who claims to have a 6ft wide bottom – has said she has been feasting on pizza and pasta as well as six kilos of Nutella every month (some 15 jars) in order to gain as much weight as possible. According to Natasha, who has had three butt lift procedures, the first thing she does in the morning is examine her bottom in the mirror, and despite her already eye-popping proportions, she has said: ‘I definitely want bigger.’ 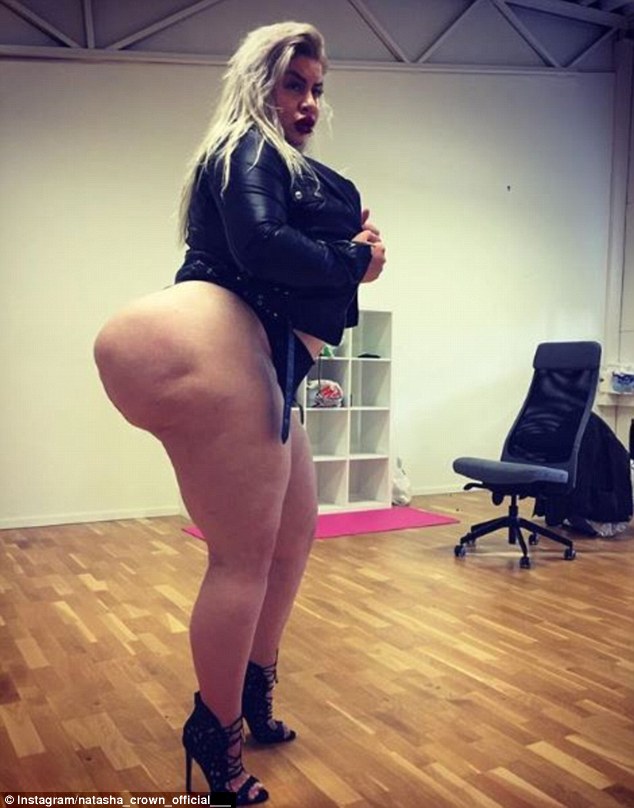