Xherdan, six, from Rüti, Switzerland, is covered in wrinkles from head to toe, leaving users on the web comparing him to a caterpillar, an alien, a brain and even a Chinese dumpling. The cat’s wrinkled face give it a permanent angry-looking frown, but owner Sandra Filippi, 47, says he’s a sweet animal who loves to sleep and ‘talk’.

Sandra said: ‘When I first saw him, he immediately stole my heart. His wrinkled pink skin, as fine as a peach, and his turquoise eyes, I was in love!

‘He has had this many wrinkles since the day he was born.

‘Xherdan is a very active cat and he talks a great deal, in all pitches, when he is excited, when he is hungry, when he plays or while cuddling and falling asleep, he is like a child and his character is very lovely.’ 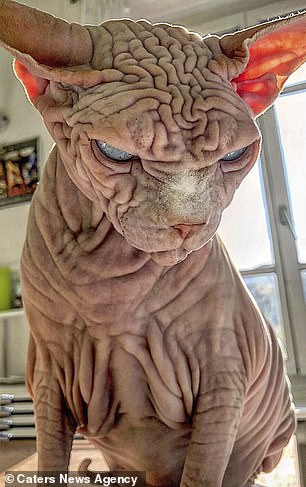 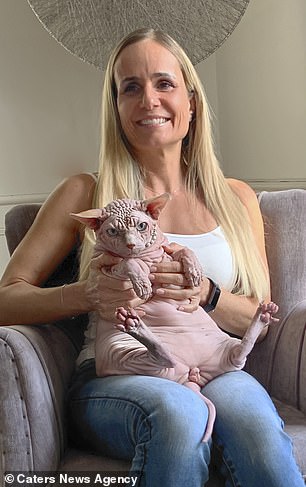 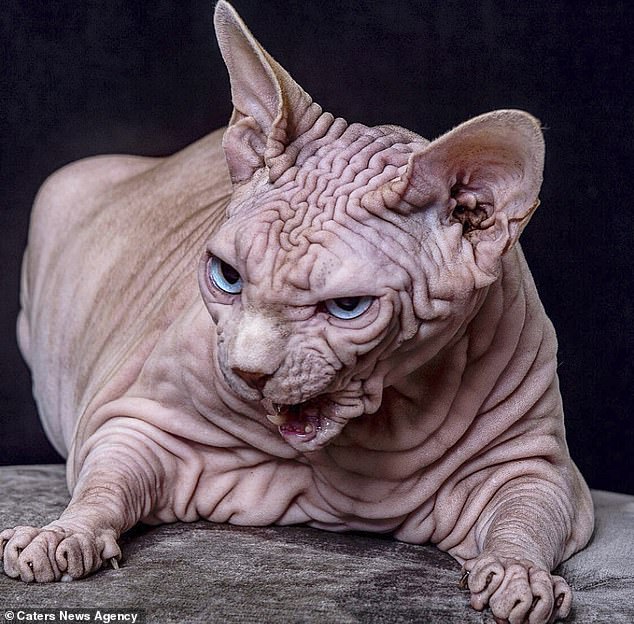