Taylor Swift capped off an exceptional year by being named the top-selling global artist of 2019.

The International Federation of the Phonographic Industry (IFPI) revealed on Monday that Swift, 30, was the world’s best-selling recording artist for 2019.

Behind Swift was Ed Sheeran in second place, making his third straight appearance in the top 10 after being named the top-selling artist in 2017. Sheeran released No. 6 Collaborations Project, featuring artists such as Stormzy, Cardi B, Camila Cabello and Khalid. The album reached number one in 19 countries while the lead single, with Justin Bieber reached number one in 26 countries.

Post Malone moved up from fourth place to third place this year, on the strength of his new album Hollywood’s Bleeding. Billie Eilish, who won four Grammys for her debut album When We All Fall Asleep, Where Do We Go?, took fourth place while Queen rounded out the top 5. Rounding out the top 10 are Ariana Grande, BTS, Lady Gaga and The Beatles as the top-selling global artists of 2019. 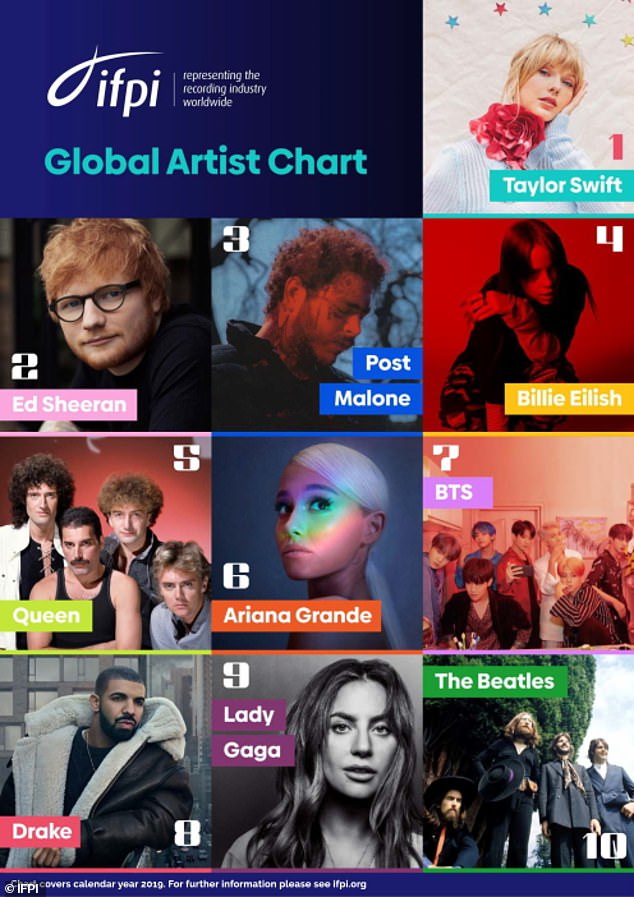