A 10-year-old boy is in critical condition after his 19-year-old aunt ‘accidentally’ shot him while taking selfies.

Caitlyn Smith was babysitting the child Tuesday and while posing for pictures holding a gun, the teenager fired by mistake. The young male was hit in the stomach during the incident around 4pm in an apartment on the 18200 block of Chisholm Trail in Houston, Texas. ‘There was an unsecured weapon inside the home,’ Harris County Sheriff Ed Gonzalez told Fox 26. ‘The female indicates that she retrieved that weapon to take pictures, and in the course of taking pictures the gun went off and struck the child.’

Smith was arrested and charged with injury to a child – serious bodily injury, a second-degree felony. 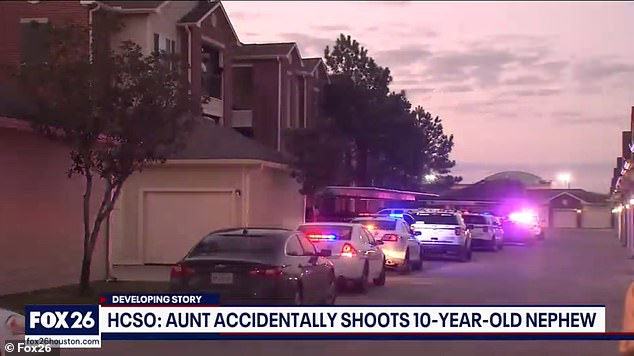