A man has been charged after he tried to rape a random woman in the aisles of a busy Florida Walmart as customers desperately tried to drag him away.

Andrew Brooks Handley, 24, was arrested at the Walmart in Plantation at about 8.30am on Saturday after attacking the woman. The victim told police that Handley approached her in the aisle as she was shopping and started whispering things. He then allegedly threw her to the ground and pinned her down.

Employees immediately called 911 when they heard the woman screaming as other shoppers quickly tried to pull Handley away from the victim.

Police said Handley later claimed he had ‘sexual urges’ in the store after seeing the woman with a bottle of syrup. He also allegedly told officers that he ‘was trying to clean his pipes’ and ‘get something sweet’. Police said Handley believed that he could control the victim’s head and have sex with him.

He has been charged with attempted sexual battery and false imprisonment. Handley remains in jail on a $60,000 bond. 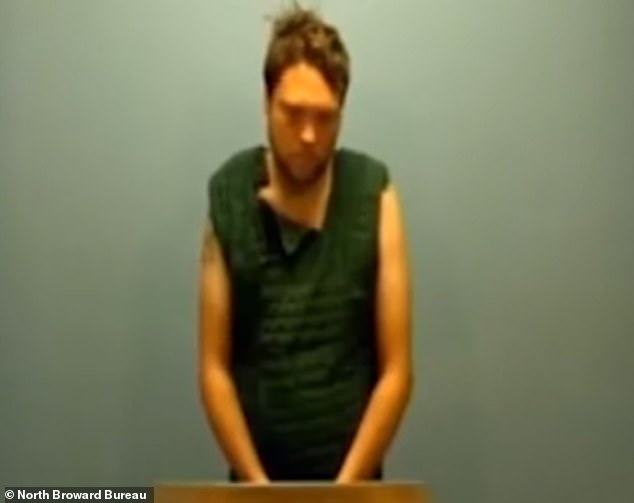