Inspectors with the U.S. Fish and Wildlife Service announced on Monday they had seized roughly 1,400 pounds of shark fins hidden in boxes in Florida last month.

The agency said the shipment of severed fins arrived on Jan. 24 at Miami Port of Entry in roughly 18 boxes. They were believed to have come from South America and likely bound for Asia. Officials estimated the total value of the fins to be worth between $700,000 and $1 million. 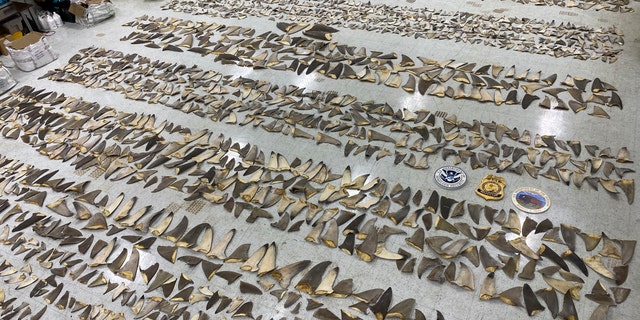