Monica Dominguez, 38, and her husband Gerardo Zavala-Loredo, 33, were arrested at their home in Laredo in February where police found the toddler in a five gallon container stowed inside a bedroom closet.

The mother claimed that they had tried to dispose of Rebecka Zavala’s body after she drowned while bathing unsupervised. Neither of the parents could be charged with murder because the state of Rebecka’s dissolved remains made it impossible to tell what caused her death.

Webb County District Attorney Isidro Alaniz said the crime scene was horrific and overwhelming. ‘As you can imagine, it’s very difficult for all of us in law enforcement and for the first responders to be in a situation to come across a scene like we did.’

The father, Zavala-Loredo, pleaded guilty to tampering with evidence of a human corpse on Friday and was sentenced to 14 years in prison. Dominguez additionally pleaded guilty to endangering a child and abuse of a corpse. She was sentenced to 20 years.  Dominguez will also serve a consecutive sentence for violating the terms of her probation, put in place after her nine-month-old son suffered multiple bone fractures.

Their four other children, aged one to 11, were taken in by child services. 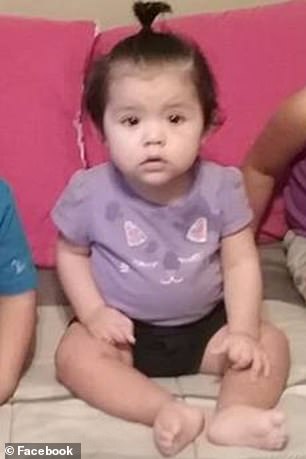 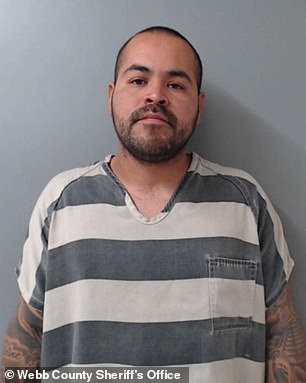