Woman Dies after being Attacked by her two Great Danes

A DOG lover found dead after a “savage attack” by her two Great Danes may have been too drunk to get medical assistance, US cops believe. They say Mary Matthews could have been so intoxicated she didn’t realise how badly she had been bitten and didn’t call for help.

t was reported she would routinely start her day by consuming prescription medications and drinking beer. The 49-year-old was found in her blood-soaked home south of Dayton, Ohio, on Friday by husband Mark. He had been in county jail since Wednesday and returned home to find a scene of horror, authorities revealed.

When police officer Wendi Blaha arrived she found the walls covered in blood and Matthews laying on the floor of her bathroom. Her corpse was covered in puncture wounds and appeared to be missing a piece of flesh from her ankle, the police report said. Blaha then found two large, thin Great Danes on an enclosed deck that was so littered in faeces that the “actual deck could not be seen.”There was also blood on the blinds covering the glass door that led to the deck.

Mark Matthews said the family rescued the dogs about two years ago but one had recently become vicious, biting his arm. 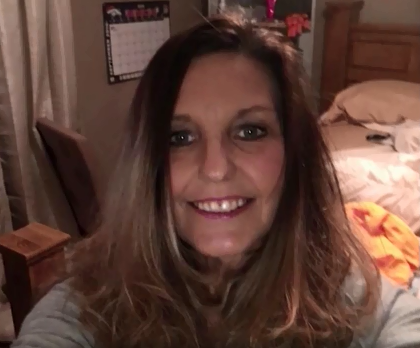