An English tourist had his foot bitten off by a shark while another was bitten during the attack in the Whitsunday Islands near Australia’s Great Barrier Reef.

In the latest in a string of shark attacks in the tourist area, a 28-year-old man’s right foot was bitten off while a 22-year-old man suffered serious lacerations to his lower left leg, according to Mackay Base Hospital. The pair were in a “serious but stable” condition in hospital after being airlifted from the resort town of Airlie Beach.

They had been on a boat tour of the Whitsundays Islands when they were attacked while swimming in Hook Passage, according to the RACQ Central Queensland Rescue, which operated the helicopter flight. They were “wrestling in the water” at the popular snorkeling spot when the attack occurred, an RACQ spokesperson told AFP.

“One of the patients was attacked first and the shark was believed to (have) come back” to attack the second, Queensland ambulance service operations manager Tracey Eastwick told reporters in Mackay. 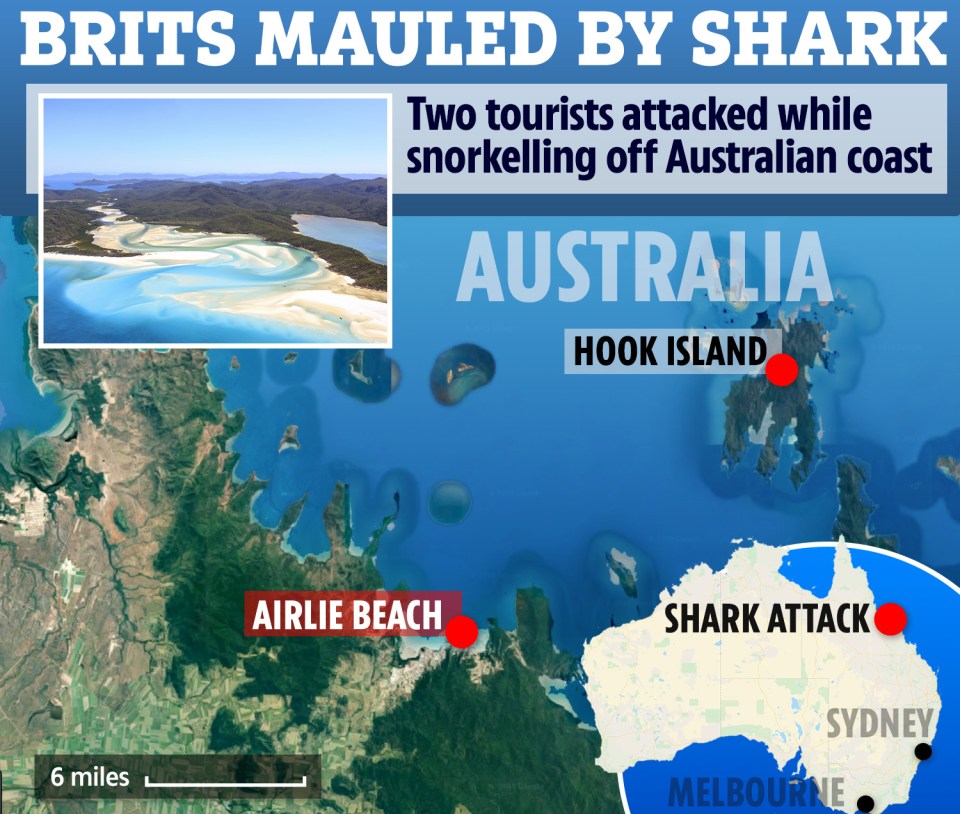