Maritza Cibuls is a 32-year-old mom of two living in the Chicago area. Last week, Cibuls put her son to bed around 8:30 p.m. Her husband was working, so she was on her own. When she checked the baby monitor, she noticed something terrifying. A strange image was lurking, seemingly right next to her son.

“At first I thought my eyes were playing tricks on me,” she said. “I tried to ignore, but it was really starting to creep me out.” Cibuls told herself to calm down, saying “the rational part of my brain was telling me there was a logical explanation.”

Still a little scared, especially because she was home alone, she texted her mom, husband, and sister a photo. Her husband told her it was probably her son’s drool, which she conceded was probably right. She worked up her courage, grabbed a flashlight, and headed into her son’s bedroom to check it out. “I didn’t see anything unusual though,” she said. “I started feeling around for wetness to see if our drool theory was correct…there was nothing.”

Turns out the ghost baby was just a tag on her baby’s mattress. Her husband had forgotten to put the mattress topper on her son’s bed when he changed the sheets, creating the creepy illusion. Of course, all of the ladies in the Facebook group thought the story was hilarious. They asked Cibuls to share it publicly so they could share with their friends, so she did, recounting the story for the public. 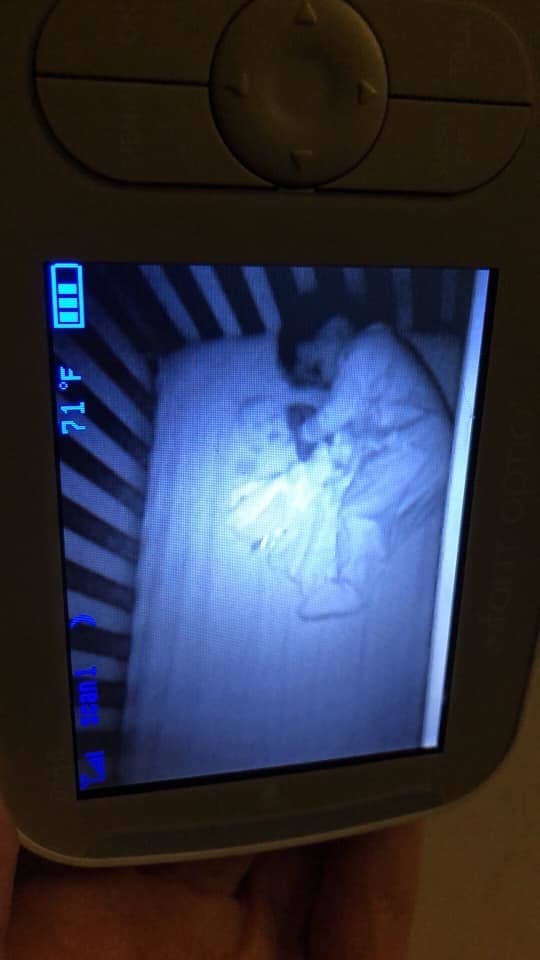 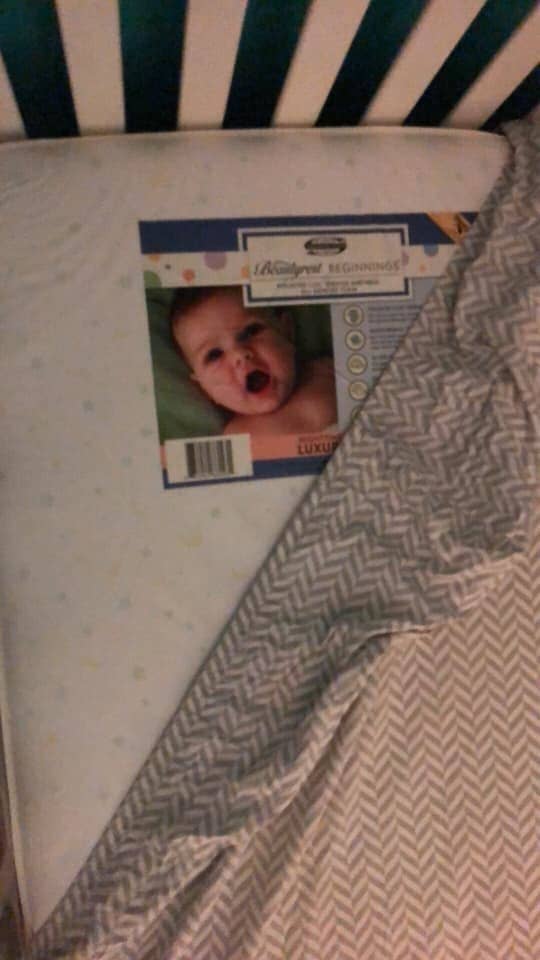