Hasbro is releasing a new version of Monopoly where the mustachioed, top hat-wearing Rich Uncle Pennybags isn’t the center of attention — his niece is. Dubbed Ms. Monopoly, the brand-new game is focused on celebrating female entrepreneurs, as players advance around the board investing in products and inventions created by women, rather than throwing down cash on properties and railroads. Some examples of said featured innovations include bulletproof vests, life rafts, stem-cell isolation, and retractable dog leashes.
As the packaging indicates, it’s “the first game where women make more than men.” Each female player receives $1,900 from the banker at the beginning, whereas the men receive just $1,500. And when players pass go, women are awarded $240, while men are awarded $200.
Ms. Monopoly is currently available for pre-order on Walmart.com, and Hasbro is planning to roll it out to major retailers nationwide by mid-September. 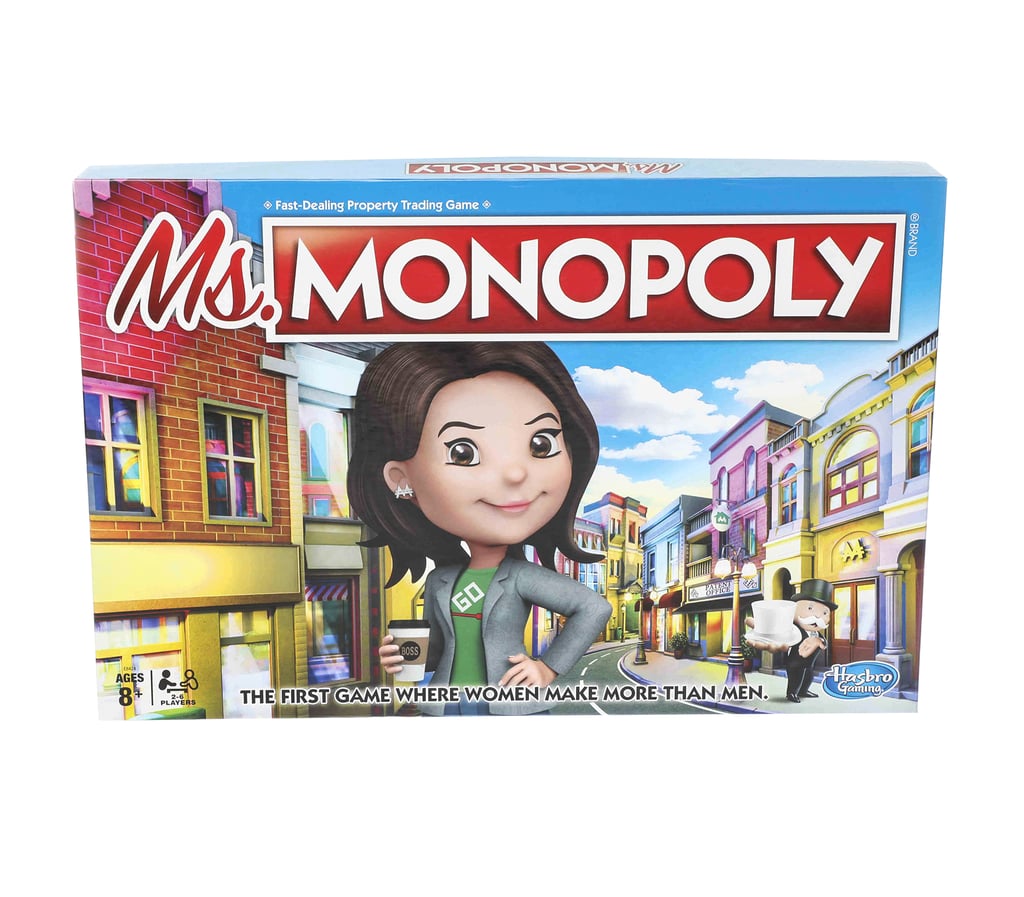