Is ‘Shawshank Redemption’ better than ‘The Godfather’?

The Shawshank Redemption has long been the highest-rated film on IMDb, but its director – Frank Darabont – isn’t sure it’s worthy of such a feat.

His prison drama, an adaptation of Stephen King’s novella, was released 25 years ago and, while it was acclaimed at the time, adoration for the film has grown deeper with every year.

With a 9.3 out of 10 rating on the film database, it sits above films including Pulp Fiction, 12 Angry Men and Schindler’s List. While Darabont is overwhelmed by the honour, there’s one film he’s not sure it’s better than. Speaking to Paste Magazine, he said: “[It] is a very surreal thing for me. I look at that list and of course I see The Godfather, and Citizen Kane, and you can’t help but think ‘Is Shawshank really better than The Godfather?’ I find that a little hard to believe.”

He continued: ”But it’s the audience that is the ultimate judge of these things. It’s tremendously gratifying.” Reflecting upon on the film’s legacy, Darabont said: “The experience of making [it] was so long ago that whenever I revisit it I’m mostly just struck by how good the acting is. I’m so grateful for that cast we had.” 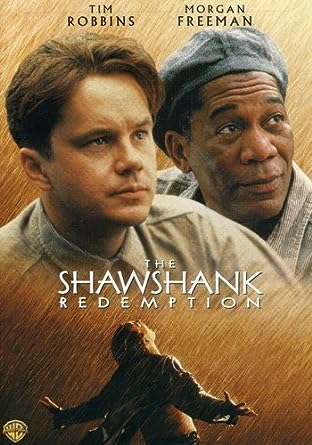