One Million Moms is calling for a boycott of Pixar’s Toy Story 4 over what the conservative culture group admits is a “subtle” nod to the LGBTQ community.

In one scene Bonnie, Woody’s new owner, is dropped off at school for her first day of kindergarten. In the background, two women are shown dropping off another girl—and then later picking her up and giving her a hug. No other clues are given about the women’s relationship.

“The scene is subtle in order … to desensitize children,” One Million Moms wrote in a statement on its website. “But it is obvious that the child has two mothers, and they are parenting together.” 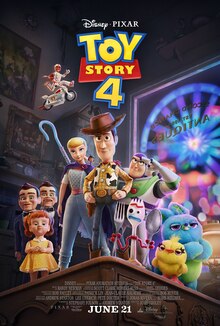