US Gymnast Breaks both Legs during Floor Routine

The Auburn University senior attempted a handspring double front flip with a blind landing before falling awkwardly on the mat and suffering the gruesome injury.

The aerospace engineering student was attempting her first pass at the Baton Rouge Regional before her floor routine ended in horror. While performing the handspring double she fell on the blind landing, dislocating both her legs and then grabbed her knees in agony, leaving the stunned crowd in silence. The gymnast screamed out in pain before medical staff and athletic trainers rallied towards her to offer treatment.

The exact extent of her injury is not yet known, but it is suspected Cerio broke both her legs and dislocated both knees. 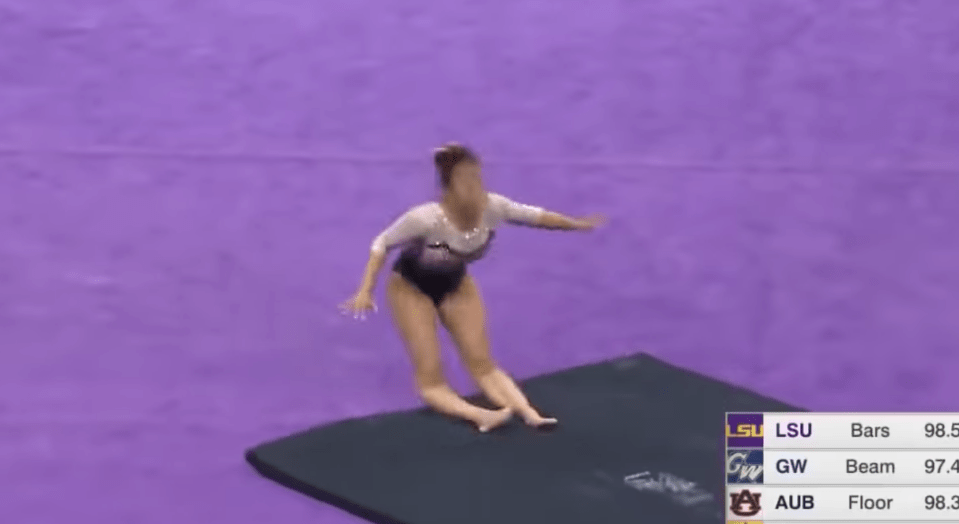 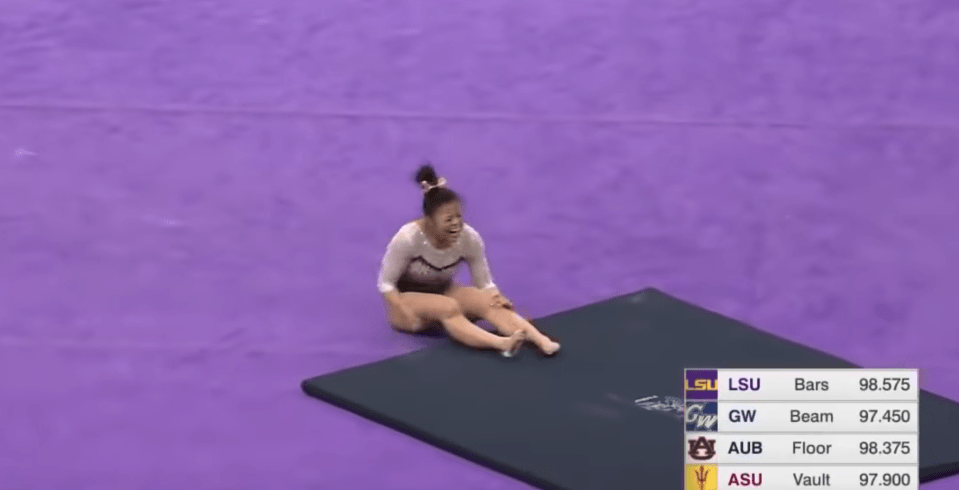