Snake hunters have captured what they say is the largest python ever found in the swamps of the Florida Everglades: a pregnant female more than 17ft (5.2 metres) long and weighing 140lb, or 63.5kg.

The team from the Big Cypress national preserve posted news of their record-setting catch in a Facebook post that also noted the giant reptile was carrying 73 eggs.

Environmentalists have been struggling to find ways to eradicate Burmese pythons, a non-native species, from the 1.5m-acre wilderness since the 1980s, when some were released into the wild as overgrown pets. Others escaped from a breeding facility wrecked by Hurricane Andrew in 1992.

Populations of raccoons, opossums and bobcats have fallen by between 88% and 99% as the python population has exploded, studies have shown, while several species of rabbits and foxes have all but disappeared. Experts believes tens of thousands of the snakes are currently slithering through Everglades waterways. 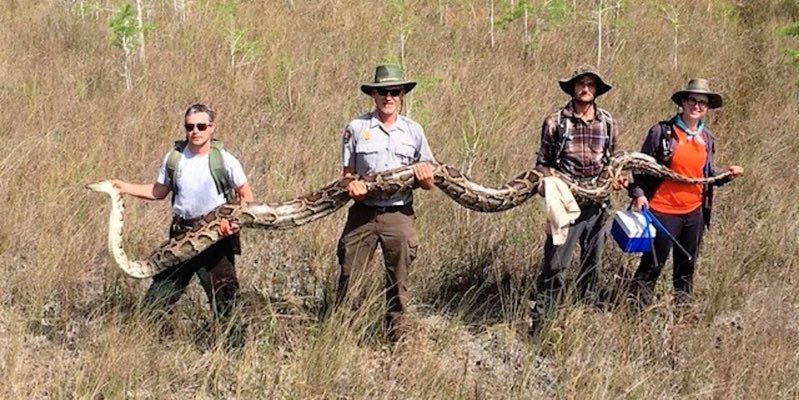