Vladimir Putin’s quest to break Russia’s reliance on the U.S. dollar has set off a literal gold rush. Within the span of a decade, the country quadrupled its bullion reserves, and 2018 marked the most ambitious year yet. And the pace is keeping up so far this year. Data from the central bank show that holdings rose by 1 million ounces in February, the most since November.

The data shows that Russia is making rapid progress in its effort to diversify away from American assets. Analysts, who have coined the term de-dollarization, speculate about the global economic impacts if more countries adopt a similar philosophy and what it could mean for the dollar’s desirability compared with other assets, such as gold or the Chinese yuan. 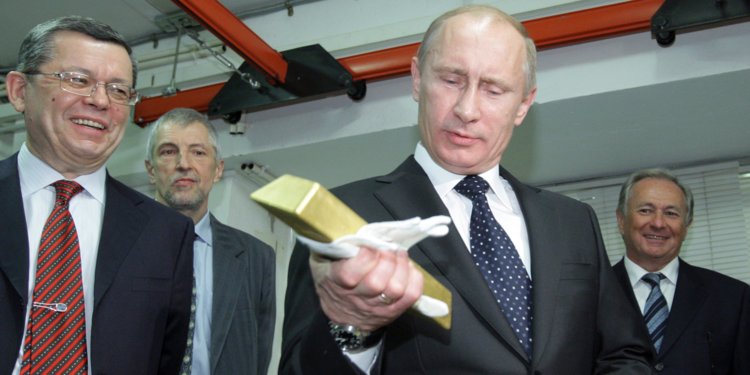