Mercedes-Benz has presented a Mario Kart integrated into the infotainment system of the new CLA sedan. During the 2019 Mobile World Congress held in Barcelona from 25 to 28 February, the German automaker had a CLA on display at its stand. It was there to showcase the latest improvements of the brand’s MBUX (Mercedes-Benz User Experience) infotainment system, including a number of new applications. Visitors were able to play Mario Kart on the vehicle’s central screen.

In fact, the game in question is SuperTuxKart, an open-source version of Mario Kart. It’s a cross-platform, running on Linux, macOS, Windows, and Android systems, and – apparently – on Mercedes’ latest generation infotainment system. Interestingly, the manufacturer has involved a lot more than just the steering wheel and pedals in the experience. For example, the air vents blow air and the airflow depends on the speed of the car in the game. In addition, the interior’s LED ambient lighting switches from red to green at the start of the race. Finally, when the kart of the player crashes with a competitor, the seat belt tightens. 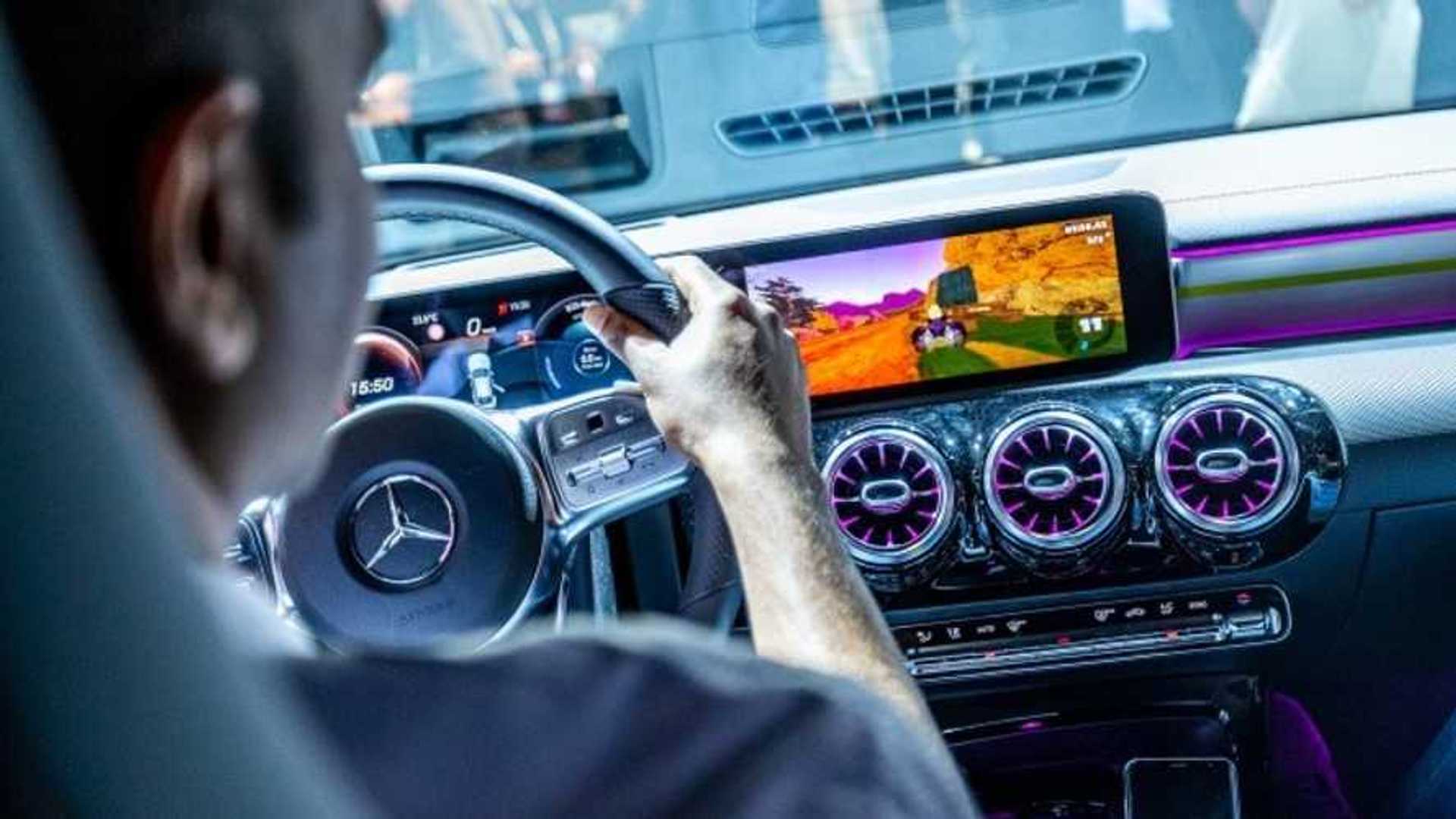