Turbulent waves and high winds have turned a family beach home into an “ice house” at Ramona Beach, in Pulaski, New York.

Maureen Whelan’s family has used the house for the past 85 years, but none of them has ever seen anything like this before.

Maureen shares the house with her brother and sister, and together they have been trying to chip the ice off the roof. “We’re devastated” she told the BBC. High winds of up to 70mph (112km/h) at the end of February created massive waves from Lake Ontario, which blew spray onto the houses and then froze in the chilly temperatures.

Maureen said the family have been creating channels so the ice can drain properly once melting occurs, in the hope of minimising water damage. She says the property is not in a flood zone so insurance may not cover any damage. The home has a lakefront barrier which helped to protect it but there is four feet of ice in front of the house. 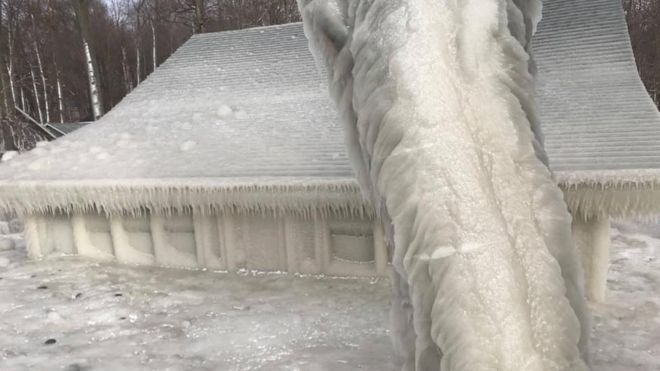 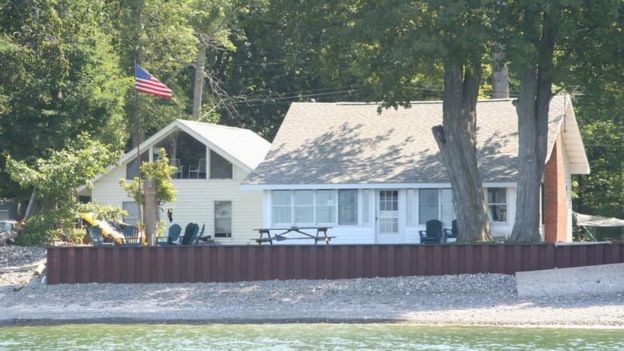