Police believe the bags were abandoned after the carrier found out about the harsh penalties for illegal wildlife trafficking.

A total of 1,529 turtles and tortoises of different species were found in four pieces of unclaimed luggage in the arrivals area of Ninoy Aquino International Airport on Sunday. 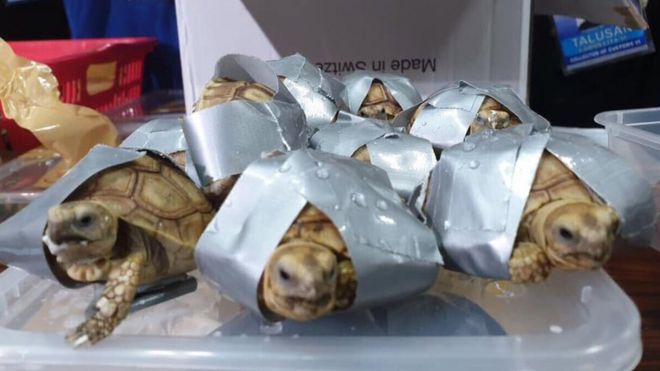