Is this Airport an Icon of the Illuminati?

An underground city for the elite when the bombs drop. A place where satanic rituals are performed. A massive underground military base where the aliens are held – the real Area 52. A Freemason meeting place.

There are so many crazy conspiracy theories coming out of Denver thanks to its massive eponymous international airport. It is the largest airport in North America and is almost twice the size of the second largest. It is more than one and a half times the size of Manhattan and its size is only matched by its ability to bring out the craziest theories from the dark corners of the internet.

The airport sits on a 13 759 hectares property – most of the land seen above ground is vast empty space – what is below the ground is to be determined. Symbols and words in regards to the Free Masons include a capstone with the words “New World Airport Commission” which can be found in the ‘Great Hall’ (a term often used in Freemasonry) of the airport. There are strange symbols and words embedded in the floors that have no explanation. There is a large 9.7-metre statue of a rearing black-veined, blue horse with glowing red eyes. The creator, Luis Jimenez, was killed in the creation of the horse. Perhaps the Denver International Airport is merely an aggregation of odd design choices made by people with questionable taste – or is it evidence of something sinister? 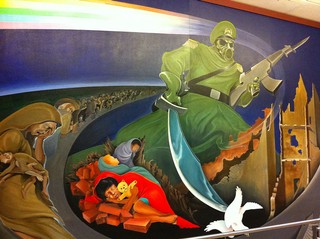 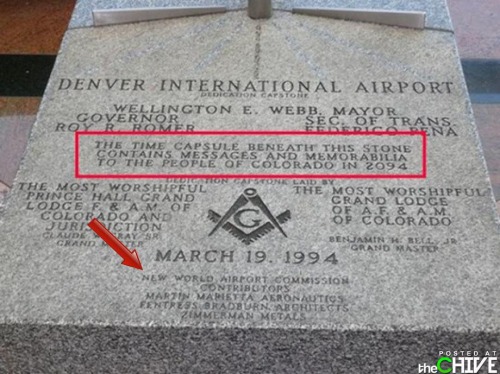 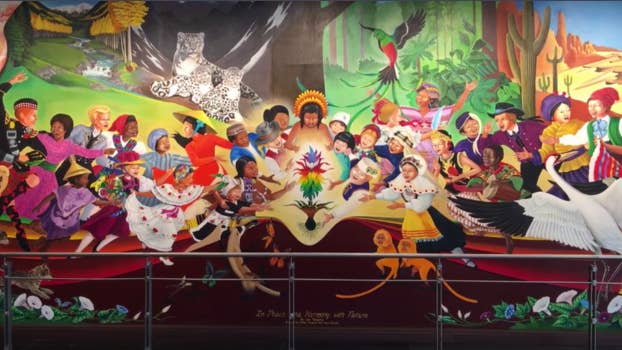