A pet parrot that spoke with a British accent when it disappeared from its home four years ago has been reunited with its owner – and the bird now speaks Spanish.

The reunion was brought about by a Southern California vet who mistook Nigel, an African grey parrot, for her own missing bird.

Teresa Micco tracked Nigel’s microchip to Darren Chick, a Briton who lives in Torrance. “I introduced myself and said, ‘Have you lost a bird?'” Micco told the newspaper. “He initially said, ‘No.’ But he thought I meant recently.”

Chick, who is British, said he wept tears of joy. He gave Nigel to the Torrance family who had kept the bird for the four years he was missing.

A family member emailed the paper after hearing about Nigel’s return and said they were heartbroken after the bird flew away from their home earlier this month. Liza Smith said her grandparents bought the parrot they call Morgan – after the rum that features a parrot on the label – at a garage sale for $400. It learned Spanish from her Guatemalan-born grandfather. 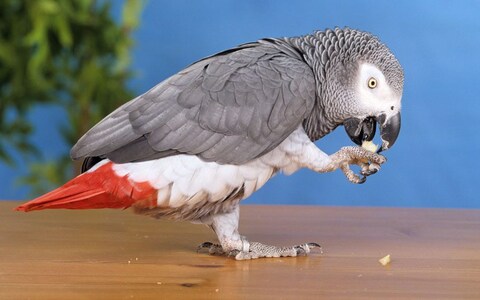