Hugh Jackman has previously said that being a Guinness World Record holder is a dream of his. “When I was a kid, the Guinness Book of Records was it,” he once said, and it seems he’s finally fulfilled his lifelong dream. In between being the greatest showman of all, displaying adorable PDA with his wife, and fake feuding with Ryan Reynolds, he’s become an official record holder for the longest career as a live action Marvel superhero, and he received the news courtesy of British TV show This Morning and Guinness World Records. Hugh received the award in recognition of his role Wolverine. He shares the record with his costar Sir Patrick Stewart, whose tenure as Professor Charles Xavier has also spanned the 16 years between X-Men and Logan. 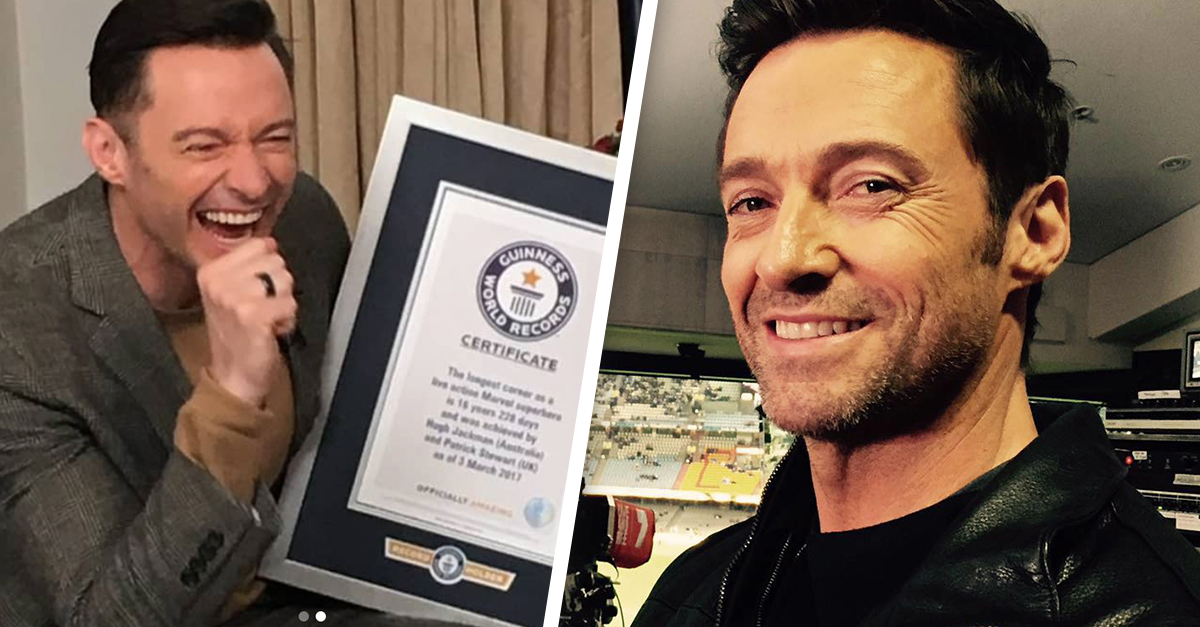