A small German town was turned blue when it tried to break the world record for the largest meeting of Smurfs.

Lauchringen, near the Swiss border, was a sea of blue and white as people donned costumes from the Belgian cartoon. The attempt saw 2,763 revellers take part and the record is set to be approved by Guinness officials in the coming weeks. Participants — dressed as characters including Papa Smurf and Smurfette — danced and sang the series’ theme song. The previous record of 2,510 people was set by mostly student participants in Wales in 2009.

Created in Belgium in 1958, the appeal of the Smurfs – or Die Schlümpfe as they are known in Germany – still endures for children more than 50 years on. 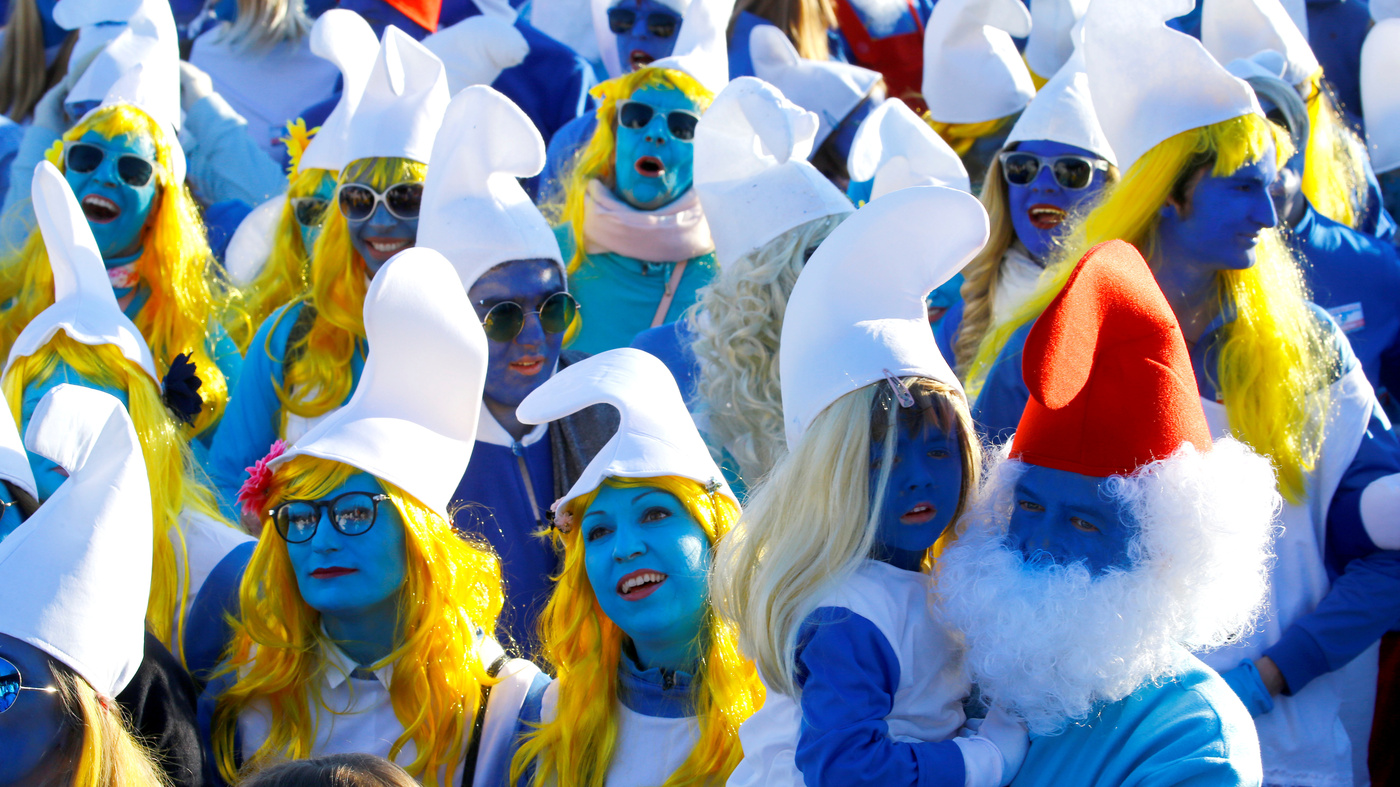