The Market Theater Gum Wall is a brick wall covered in used chewing gum located in an alleyway in Post Alley under Pike Place Market in Downtown Seattle. The wall is by the box office for the Market Theater. The tradition began around 1993 when patrons of Unexpected Productions’ Seattle Theatresports stuck gum to the wall and placed coins in the gum blobs. Theater workers scraped the gum away twice, but eventually gave up after market officials deemed the gum wall a tourist attraction around 1999. Some people created small works of art out of gum. 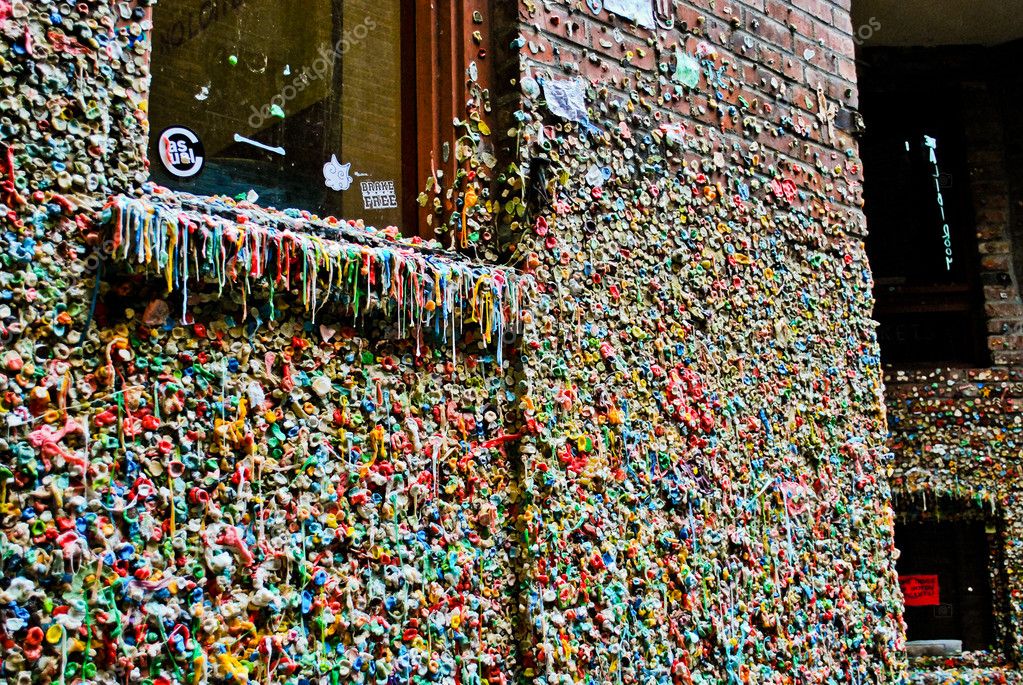