A 32-year-old woman and her son died after jumping off a 100-metre bridge with her 10-year-old son in her arms.  The incident took place on the La Variante Bridge in the community of Ibague in the central-western Colombian area of Tolima.

After being hounded by debt collectors and ultimately being evicted from her home, Jessy Paola Moreno Cruz, who was a single mother to May Ceballos, held him tightly on the edge of the bridge while threatening to jump as the emergency services begged with her not. The young boy gripped onto the side of the bridge and begged his mother not to leap seconds before he was tragically killed in the murder-suicide. “Emergency responders and community members were pleading with the depressed mother not to leap, but their efforts were unsuccessful.” 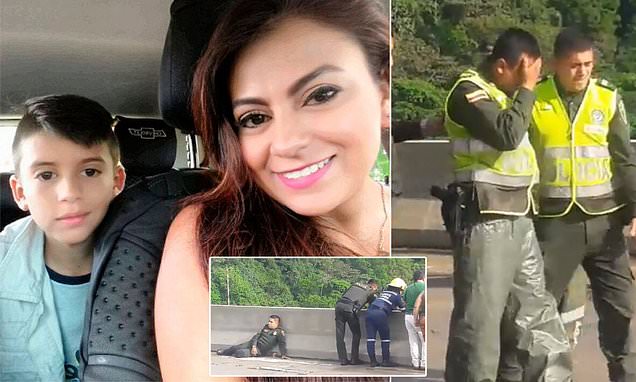