NASA to ‘Shoot’ Asteroid out of Orbit in Earth Defense Test

As over-the-top as movies like Armageddon and Deep Impact may be, they do get across a very non-fictional message: you definitely don’t want to be around if and when an actual big honkin’ asteroid smacks into Earth. Even the tiny interlopers that crash into our planet every now and then can do some crazy and violent damage to entire cities. Fortunately, the folks at NASA are on the case, and they’re preparing to launch a mission to test new tech designed to deflect life-threatening asteroids.

In what’s being touted as the first-ever test of a true planetary defense system, NASA has teamed up with the European Space Agency (ESA) to try and knock an asteroid off course by slamming into it with a special probe traveling at roughly four miles per second. The Double Asteroid Redirect Test (DART) project involves targeting the asteroid known as Didymos and a much smaller rock that orbits it, deemed “Didymoon,” and essentially punching the latter off its course. Neither of these monster space rocks poses a threat to Earth — they’ll both be seven million miles away from the planet at their closest point — which is why they were chosen to serve as the test objects.

In terms of size, Didymoon is about as big as the Great Pyramid in Giza, making it the smallest asteroid to ever be visited by a probe. However, if an asteroid that big were to rocket into the Earth at a typical speed of nearly 19 miles per second, it could potentially wreck an entire region of the globe, according to the the ESA. 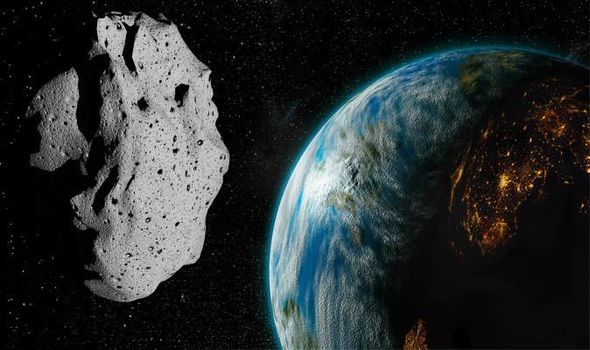