The Phinda button spider has been discovered by stunned scientists in Africa, and is the first to be found for 28 years. It is closely related to the much-feared black widow and can carry up to 600 terrifying hatchlings in it’s purple sac.

Previously-discovered species of widow spider make up three of the world’s nine deadliest spiders. Fortunately their bites rarely result in death – and the same is said to be likely true of the new species. “Bites are rarely fatal,” said Ms Wright. “And our new species is extremely shy, reclusive and docile.

The Phinda button is native to the critically-endangered sand forests of South Africa and could be the largest widow spider in the world – it is certainly the largest in Africa. It can be told apart from other spiders of its type because the female has bright red markings on both her back and her underbelly, instead of having them in one place or the other. 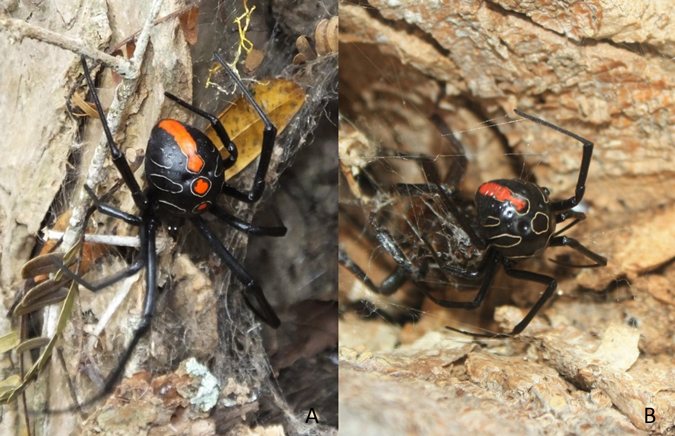