Cricketer Hit in the Head by Ball

Sri Lanka cricketer has been rushed to hospital after being hit in the back on the head by a bouncer during a test against Australia in Canberra. Dimuth Karunaratne (pictured) attempted to dodge the 142km/h ball, delivered by Australian paceman Pat Cummins but the ball hit him just below the helmet. He dropped his bat and collapsed to the ground where he was tended to by medical staff fir about 10 minute before being carted off. The incident looked very similar to the fatal blow suffered by former Australia opener Phil Hughes. 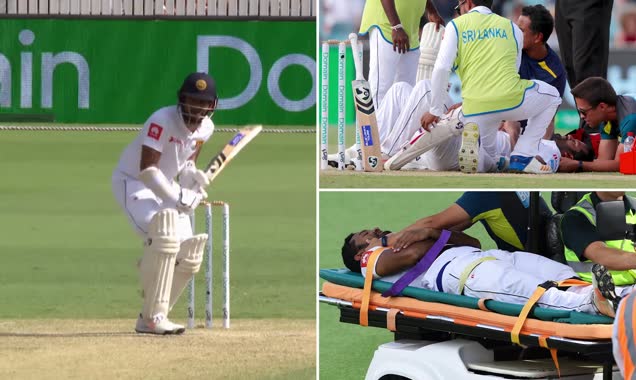