A TOURIST visiting Australia had unknowingly had a brush with death after filming themselves handling a very dangerous creature.

Footage uploaded to Reddit shows the holidaymaker holding a deadly blue-ringed octopus in their hand for several seconds before shaking it off into the water.

Luckily they put the octopus down before it had a chance to sting them.

The blue-ringed octopus is recognised as one of the world’s deadliest marine animals and carries enough venom to kill 26 adult humans within minutes – and there is no anti-venom.

The Mandarin writing on the video said, “Such a beautiful octopus”, suggesting that the footage was taken by a Chinese tourist. 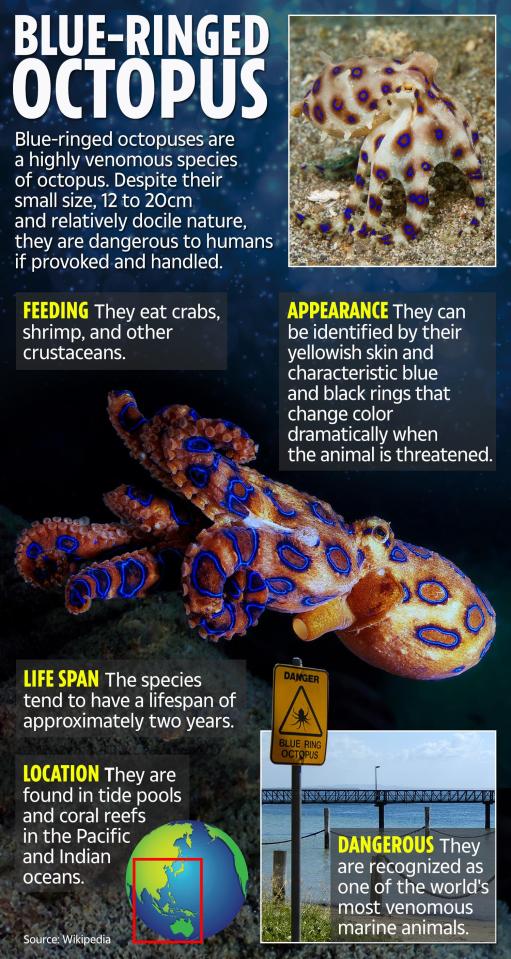