A Pennsylvania man says his emotional support alligator helps him deal with his depression.

Wally was rescued from outside Orlando at 14 months old and is still growing; Henney said Wally could be 16 feet long one day. Henney says Wally eats chicken wings and shares an indoor plastic pond with a smaller rescue alligator named Scrappy.

Wally, who turns 4 this year, is a big teddy bear, in Henney’s words. The cold-blooded reptile likes to rest his snout on Henney’s, and “he likes to give hugs,” he said.

The alligator has never bitten anyone and is even afraid of cats, according to Henney. Henney acknowledged that Wally is still a dangerous wild animal and could probably tear his arm off, but says he’s never been afraid of him. 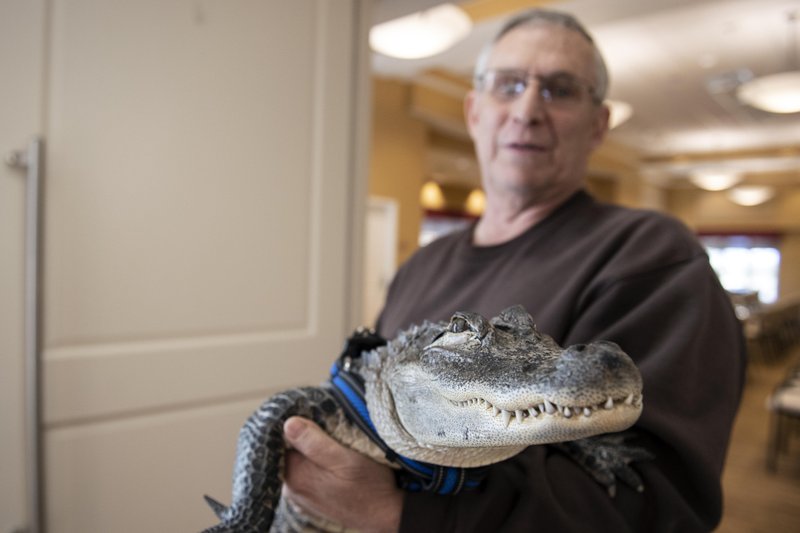