Woman who ‘Changed’ Race, Claims Babies will be Born Black

A white glamour model who claims to have “changed” race after having a series of tanning injections has left people stunned with her latest revelation.

German model Martina Big, 30, who has been taking melanin injections for two years and now “identifies as a black woman”, appeared on British TV yesterday with her new husband Michael where she claimed the pair would be able to conceive a black child together.

Speaking about her “transformation”, she said a doctor has told her she’ll be able to birth black children, though no medical explanation was given.

“My children will be black. We are not having plans, but I am discussing with my doctor to see if my body is okay, will I be able to breastfeed, what the baby will look like,” she told the two shocked hosts.

When quizzed on how that would be “genetically possible”, she claimed any future baby she has would be a mix of her and her white husband.

“It’s a mix of Michael and me. I’m pretty sure it will be black or milk chocolate or a little bit light, it doesn’t matter,” she said.

Ms Big’s claims didn’t end there, she went on to say she’d noticed physical changes to her body, aside from her skin tone changing, since taking the injections.

My growing hair is changing and getting curly and more dark,” she said. “Even my eyebrows now are getting dark and my eye colour has changed.” 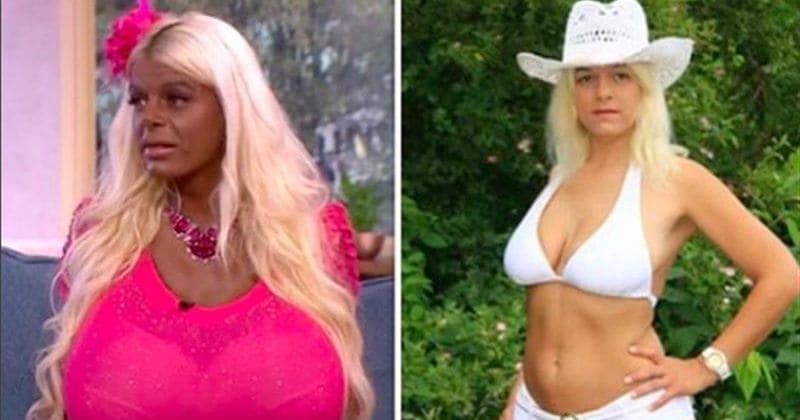