Singer Ozzy Osbourne is selling a cute toy, with a grisly twist, to commemorate the anniversary of an onstage antic that made him one of America’s most controversial figures.

Osbourne, now known primarily as a doddering reality TV dad, made one of rock music’s most iconic moments back on January 20, 1982 when he bit the head off a live bat onstage during a show in Des Moines, Iowa. The bat was thrown on stage by a fan and Osbourne, thinking the bat was a toy, stuck it in his mouth and bit.

It was only when the bat started twitching and bit him back that he realized it was still alive. A trip to the hospital and one rabies shot later, a rock and roll legend was born.

Ever the enterprising businessman, Osbourne decided to commemorate the infamous event by releasing a plush bat toy on the 37th anniversary of the incident.

“Today marks the 37th Anniversary since I bit a head off a f*cking bat!” Osbourne wrote on Twitter. “Celebrate with this commemorative plush with detachable head.” 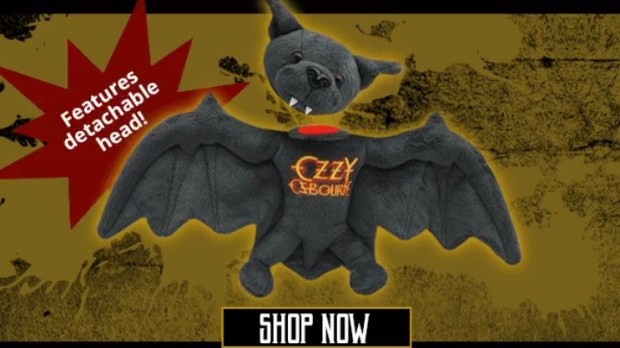