A planned sculpture of Satan in the Spanish city of Segovia has been criticised for being too jolly. The bronze statue was created as a tribute to a local legend, which says that the devil was tricked into building the city’s famous aqueduct. But residents say that the devil – who is smiling and taking a selfie with a smartphone – looks too friendly. The artist told BBC News he was surprised by the level of criticism directed at his artwork. A judge has now ordered the artwork to be put on hold while he looks into whether it is offensive to Christians.

More than 5,400 people – just over 10% of the city’s population – have signed a petition calling for the sculpture to be cancelled. The petition says that because the devil is shown in a “jovial” way, with a phone in his hand, it “exalts evil” and is therefore “offensive to Catholics”. 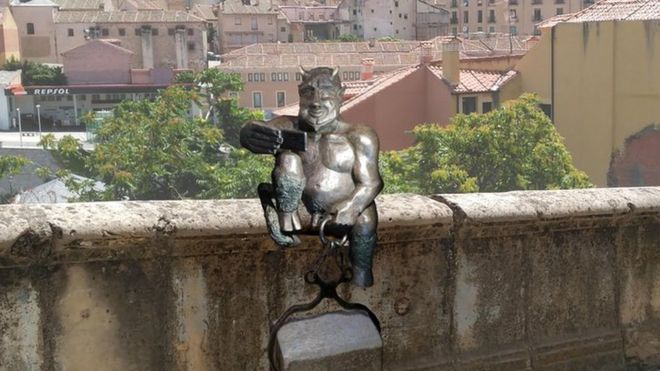 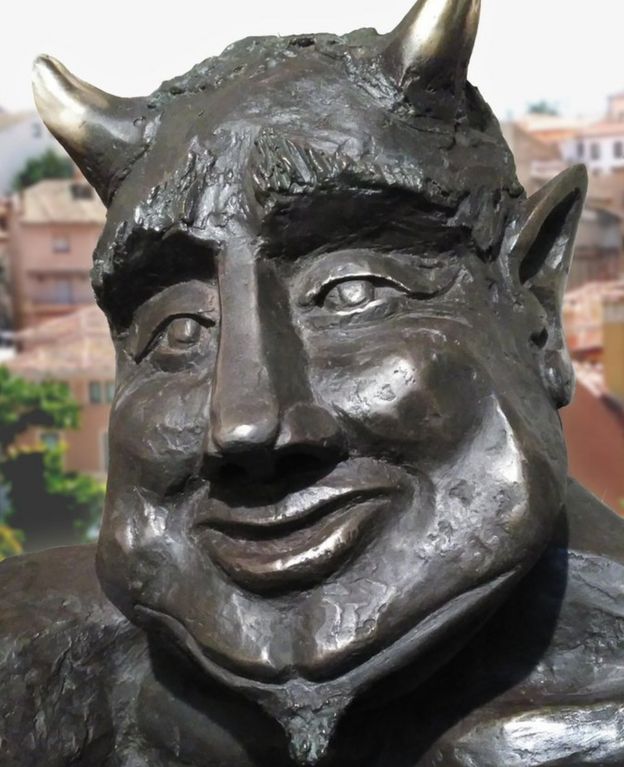