Photographer Frederico Genovese, 47, captured the horrifying incident last month while travelling near Lake Naivasha in Kenya, home to 2,000 of the deadly giants.

The Italian watched in horror as Mathew Wanjiuku be ambushed by the two tonne giant and held captive for 10 minutes while the animal continued to bite him. Onlookers banged on a metal sheet to scare the huge mammal and eventually it moved off, leaving Mathew covered in blood. After two weeks in hospital, the fisherman, who has given permission for details of his ordeal to be released, was discharged yesterday and is on his way to making a full recovery. Frederico said: “I have never seen anything as shocking as this before.

Mathew Wanjiuku feared he was going to be killed by the giant hippo. “I heard the indistinguishable sound of an advancing hippo behind the one guide. “Stamping its feet and swinging its head vigorously, the hippo appeared to be trying to trample its victim. “There was a chorus of helpless screams coming from the water’s edge. “Some helped to hold an iron sheet up so that others could bang on it with sticks to make noise, which after about 10 minutes seemed to work as the beast moved off. “Mathew appeared from under the tree and fuelled by the fear of being attacked again, made a dash for the safety of the shore. 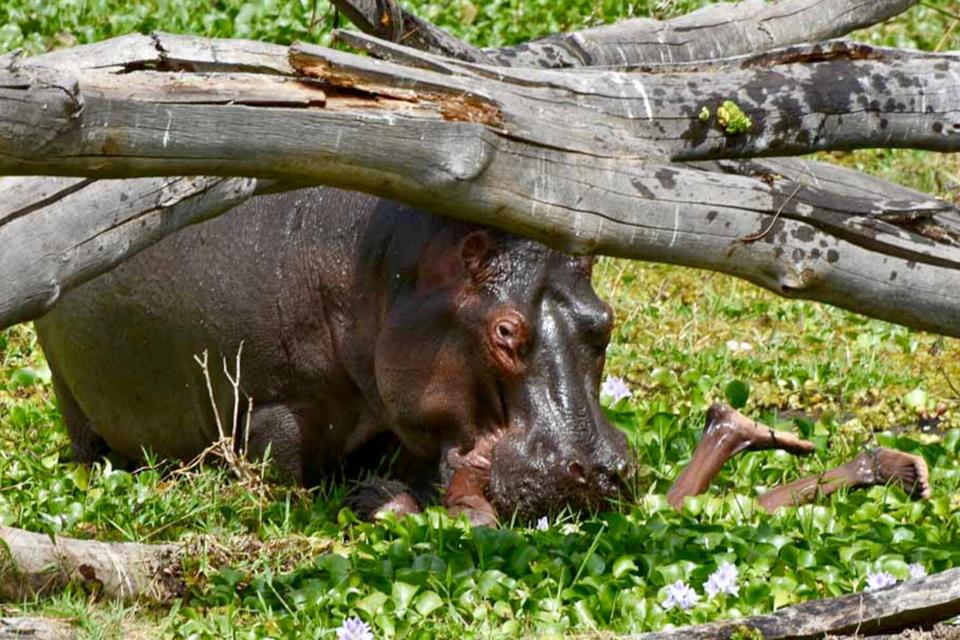 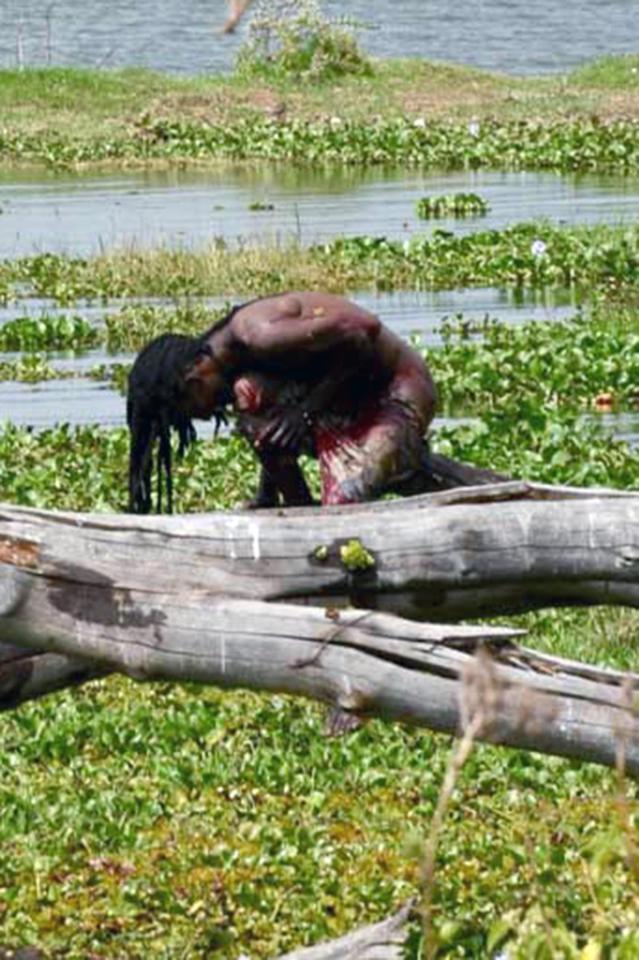