Japanese manufacturer, Nissan, has unveiled its cutting-edge technology known as ‘Invisible-to-Visible’ (I2V), and it could entirely change the way we drive. Drivers are able to see a virtual map on the dashboard in front of them, giving them an idea of what’s coming up ahead.

Using data from the company’s connected car cloud, the ‘Metaverse’ – the virtual world that autonomous cars will be able to connect to – maps a 360-degree virtual space around the car to provide information about things like road and intersection status, visibility and signage. The system could help to prevent accidents, with drivers even able to see around buildings and identify nearby pedestrians. It can also monitor the people inside the vehicle by using interior sensors to better anticipate when they may need assistance with finding something, or take a break to stay alert.

The system is designed to work with both autonomous and regular driving, and can create a virtual reality inside the car while the driver isn’t in control.

One for the future where driverless cars take hold, the system will show scenery of a sunny day in the vehicle when it’s actually raining outside to make the autonomous experience more enjoyable. Bizarrely, I2V also lets you beam virtual avatars of real people into the passenger seat. Drivers could simply create an augmented reality version of a family member to keep them company, or have a moving character demonstrate the best way to drive. 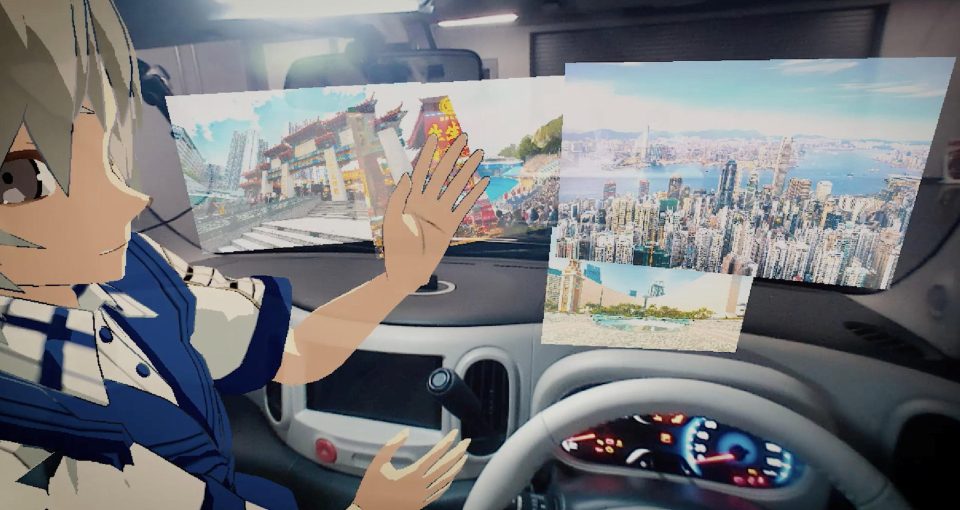