least seven people have been killed and eight more injured after a huge fuel spill on Interstate 75 in Florida sparked a massive fireball following a crash between four vehicles.

Some of those caught up in the crash are thought to be a group of children who were heading to Disney World.

Horrifying footage from the scene showed the huge fire engulfing several motors and it was so intense the flames damaged parts of the road around a mile south of Alachua, near Gainesville. 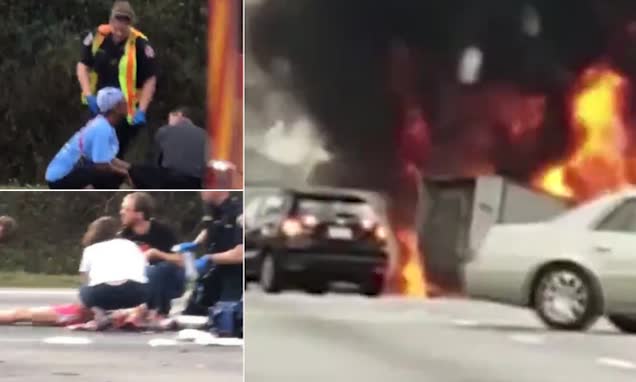