Paranormal Thriller “I Still See You”

Ten years after an apocalyptic event left the world haunted by ghosts, Ronnie Calder receives a threatening message from beyond the grave. Joining forces with a mysterious classmate, Kirk, Roni descends into a shadow world that blurs the bounds of living and the dead—and begins a desperate race against time to stop a cunning killer. In I Still See You, based on the novel Break My Heart 1000 Times by Daniel Waters she reunites with Midnight Sun director Scott Speer. Former Disney star Bella Thorne is trying really hard to become this generation’s scream queen. She has starred in a sleuth of horror/supernatural thrillers: Keep Watching, Amityville: The Awakening and Babysitter to name a few. 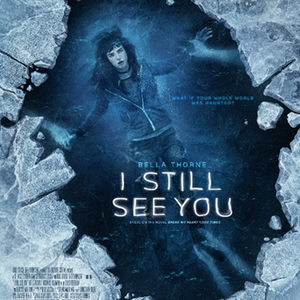