A close look shows how a figure 8 can be made from the white space between the diamonds on the card. The tweet has since received tens of thousands of likes and retweets. One wrote: “Cripes! I just saw it right now. And in three months and two days I’ll be 67.” Another person said: “I’m 49 years old and just saw it today. Been playing cards my whole life.” Then a surprised user admitted: “I can’t believe it, it’s been there the whole time. Learn something new everyday.” 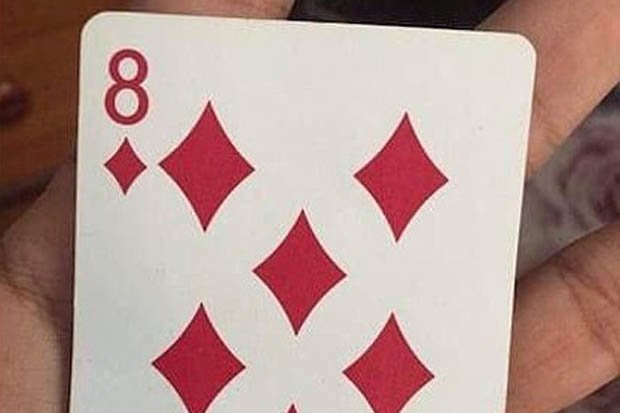 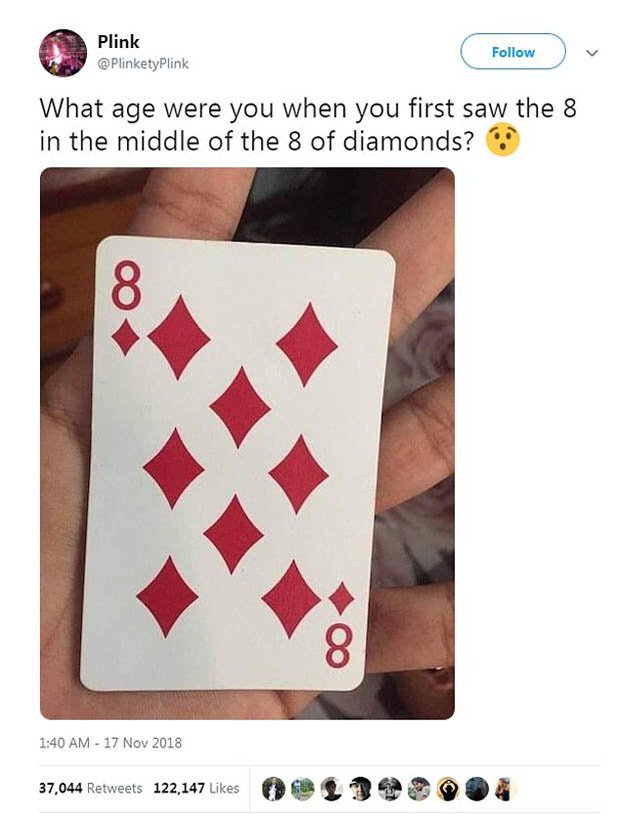