Mia claimed she had been to the year 2600 as part of a bizarre scheme and was “recruited” after being asked to meet with a man in her high school principal’s office.  When she entered the office Mia claimed a man dressed in black offered her a job, and said more information would be provided later. Mia added she had been inducted into an advanced science program in which she could leap forward in time to the year 2600.  Without explaining how she managed to make the 600-year jump, Mia sad the world around her was incredibly different to what it is today.

She told conspiracy YouTube channel, ApexTv: “I saw robots, aliens and human beings all living together in peace.  “I walked around and all the buildings looked like they were miles high. I talked to people from this time, and they told me how the world changed. “They said that the red sky was caused by global warming and they all had microchips in them.” 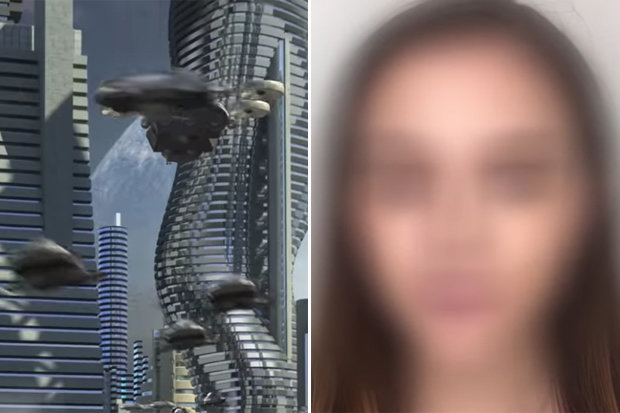