Shoppers at the family-friendly Tynwald Mills shopping centre on the Isle of Man, Britain, spotted the Arctic animals in a rather X-rated position. Sharing the photo on Twitter, a visitor wrote: “I was quite amused yet disturbed by their placement of their Xmas polar bear.”

The display – which was intended to be family friendly – seems to show the polar bears in a sex position. One person wrote on Twitter: “It looked like they were having sex – no question about it.” Another shopper said: “It’s the best Christmas display I’ve ever seen! It blatantly looks like they’re doing it doggy-style.” To make matters worse, another polar bear was seen slumped in the corner – appearing to be watching the raunchy pair.

In a statement online, the shopping centre said: “We’d like to thank our customers for getting a little too into Christmas this year with our Polar Bears in the atrium and can reassure you the display has changed somewhat since setup. “Apologises to anybody offended by our somewhat interactive display.” 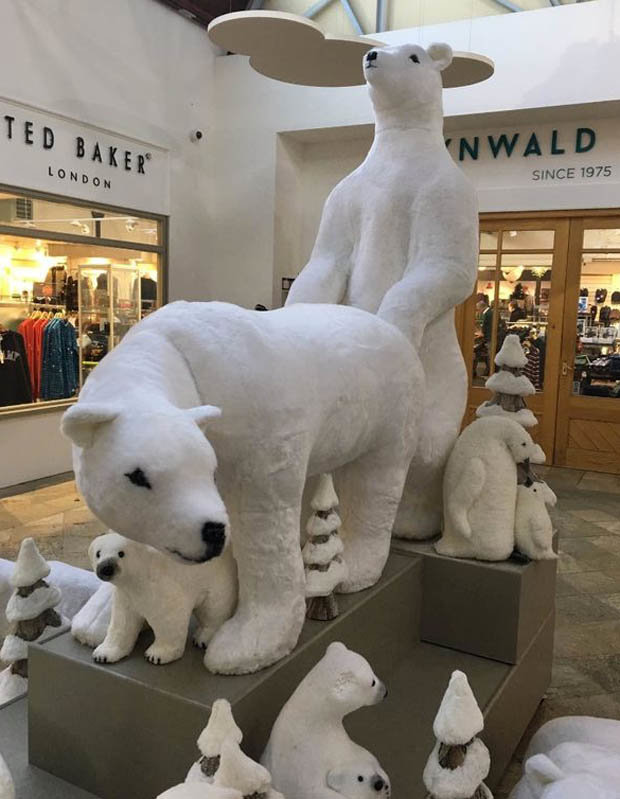 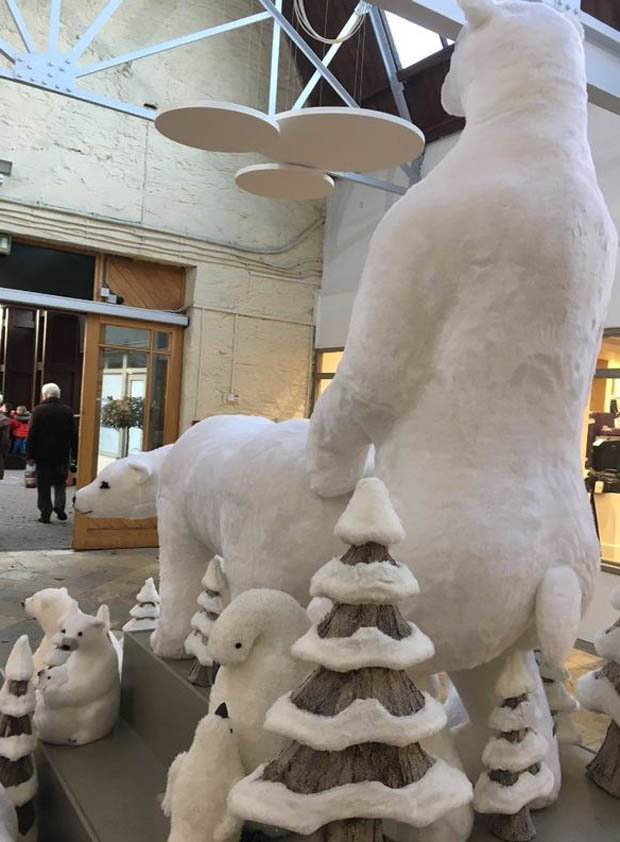