A man has been charged with child abandonment, six months after his six-year-old daughter apparently strangled her brother, 1, with a seatbelt. The children are said to have been left alone in a car while their dad went shopping.

Adrian Dreshaun Middleton, 26, from Texas in the US was arrested last week and charged for the May 20 incident. He reportedly told investigators he’d parked outside a thrift store, left the air conditioning on and given the kids water and a snack.

Surveillance video footage showed Adrian spent almost 90 minutes in the store before returning to the car, which was when he noticed his daughter crying in the back seat.

He found the baby with a seatbelt wrapped around his neck. Adrian reportedly called 911 and administered CPR until the ambulance arrived. The boy was taken to hospital, where he was pronounced dead.

Court documents say the little girl told investigators her brother was crying, so she started playing with him, but he started crying again when she stopped. She told police her brother stopped crying when she wrapped the seatbelt around him and she thought he was asleep. According to the medical examiner, the baby’s death was ruled homicide by strangulation. 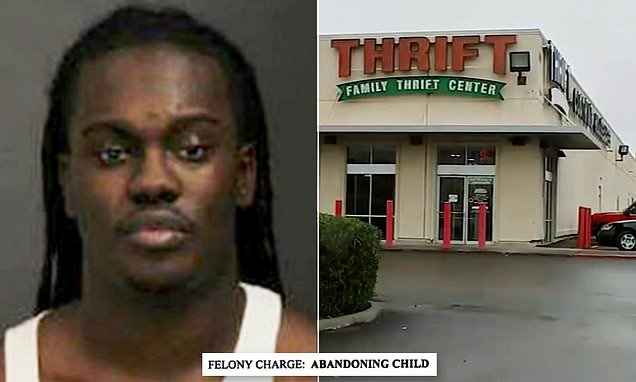