ST. PETERSBURG, Fla. (WFLA) – A woman told deputies she was “blacked out drunk” when she plucked a live lobster from a tank at a Red Lobster and ran out of the restaurant. Kimberly Gabel, a 42-year-old transient in St. Petersburg, was arrested Saturday on charges of disorderly intoxication and petit theft for causing a disturbance in the Red Lobster at 6151 34th St N.

At about 1:15 p.m. Saturday, Gabel was asked to leave the restaurant after customers complained about her causing a disturbance. Deputies said she began cursing, then headed toward the exit and “proceeded to reach into a water tank containing live lobster, grabbed a lobster and ran out of the restaurant.”

Officers responding to the store found Gabel “a short distance later” and detected the smell of alcohol on her breath. Gabel denied knowing the crustacean’s whereabouts and said she was “blacked out drunk,” and“did not care because she did not do anything wrong,” the affidavit states. Gabel was arrested for disorderly intoxication. She was released from the Pinellas County Jail on a $100 bond. Police did not say whether they found the lobster. 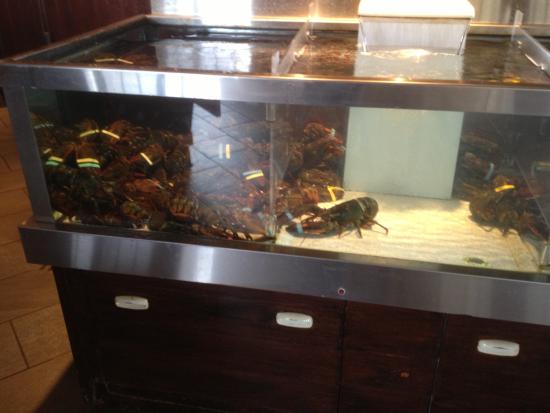