Trevor Hockaday, 22, is facing one count of aggravated battery of a law enforcement officer after the incident in Kansas earlier this month.

Authorities say Hockaday, of Iola, was working at a branch of the fast food chain when he put a peroxide-based cleaner in the Allen County deputy’s drink. The deputy picked up food and drink – an iced tea or a Coca Cola – while going through the restaurant’s drive-thru and experienced flu-like symptoms a short time later.

Hockaday was arrested on September 12 during the ongoing police investigation into the case. If convicted of the felony charge, he faces 20 years behind bars. 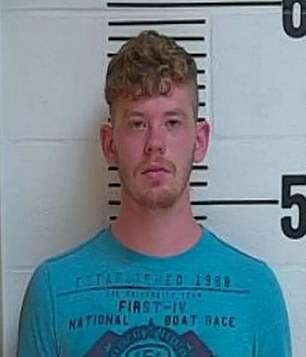