The Indonesian government on Monday (Oct 1) said that as many as 1,200 inmates have escaped from three detention facilities in the devastated region of Sulawesi following an earthquake and tsunami disaster.

The mass prison break happened after the powerful tremor sparked a wall of water that devastated the small city of Palu on Friday. Ministry of Justice official Sri Puguh Utami said inmates had fled from two overcapacity facilities in Palu and another in Donggala, an area also hit by the disaster.

“Things were initially fine … but not long after the quake, water erupted from under the prison yard causing prisoners to panic and then run onto the road,” said Ministry of Justice official Sri Puguh Utami, adding that the water was not from the tsunami.

One prison in tsunami-struck Palu city – built to hold just 120 people – saw most of its 581 inmates storm past guards and escape to freedom through walls collapsed by the massive 7.5 magnitude shake. The facility in Donggala was set on fire and all 343 inmates were now on the run. 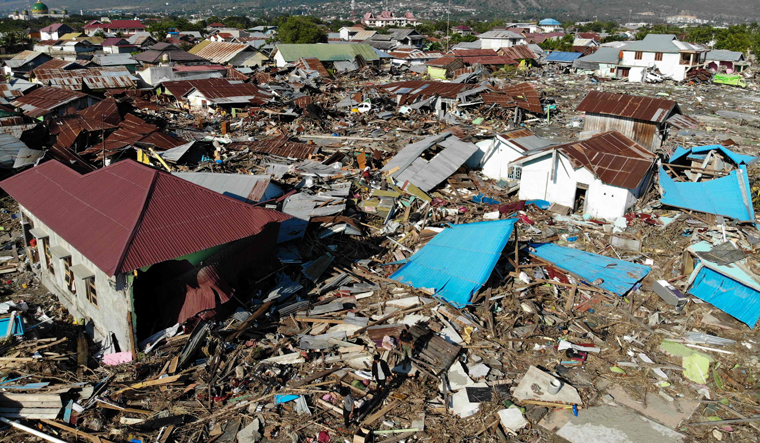