Isaac Newton, the scientist, who discovered gravity, said Jesus’s second coming would be in just over four decades in writing that was unearthed by academics.

Basing his study on extensive reading of biblical texts, Newton said the world would “reset” at which point the Earth will once again become “the Kingdom of God”. Writing under the alias “Jehovah Sanctus Unus”, Newton stated: “It may end later, but I see no reason for its ending sooner.”  Author Florian Freistetter has discussed Newton’s bombshell predictions extensively in his satirically-titled book, “Isaac Newton: The A**hole Who Reinvented The Universe”.

Freistetter states: “Newton spent a great deal of time with the study of religious texts and tried to build a chronology of past events to get all those stories sorted and into. . . order. “He was convinced that future events were already ordained by God. From the Bible, Newton extracted some “prophetic” time periods. “For him, 2060 [would be] a new beginning; maybe accompanied by war and catastrophes but ultimately the start of a new divine era.”

Sir Newton’s prediction is just one of a number that foresees the world ending this century. 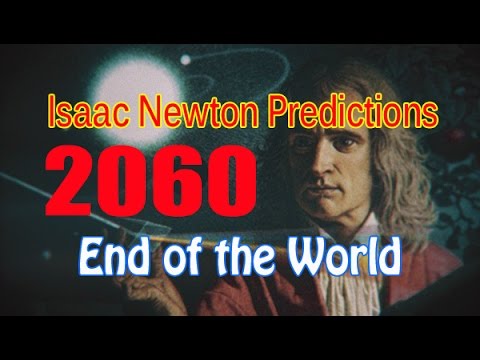