Mans Failed Attempt to get his Repossessed Truck back.

This is the moment a man who had his truck repossessed attempts to get it back but the task goes horrible awry before he is ultimately arrested. The comical incident occurred off a highway in Homestead, Florida on September 13. The unnamed registered owner of the truck had been chasing an employee of the company that towed the vehicle down a highway for a couple miles with the help of a buddy. The man recording the incident is heard attempting to direct his friend – who jumps in the pickup and tries to speed off.

Unfortunately for the truck owner, a chain was attached to the pickup the employee was driving – making his efforts nearly impossible. Before long, the man was arrested when police arrived to the scene. The individual claimed he was trying to gather personal belongings he left inside the truck before it taken. It’s unclear whether he faced charges. 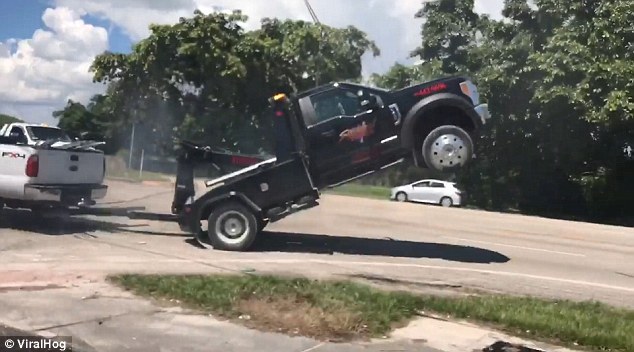