Three supercars, a superbike, a Formula 1 car, a private jet and a fighter jet went head to head at a tech festival in Istanbul yesterday. Five drivers raced alongside each other on a 400m-long runway as the fighter jet and private jet took off next to them at Istanbul’s new international airport as part of Teknofest yesterday.

Supersport World Champion Kenan Sofuoglu, from Turkey, rode his Kawasaki H2R motorcycle to victory in the epic race. He competed against British Formula 1 driver Jake Dennis, Emma Kimilainen in a Tesla P100DL, Yagiz Avci in an Aston Martin New Vantage, and Toprak Razgatlioglu in a Lotus Evora GT 430.   Mr Sofuoglu, who became a politician in Turkey after retiring in May, also took on Solo Turk’s F-16 jet and a special jet Challenger 605. The monumental race took place as part of the aviation, space and technology festival which is being held at the airport ahead of its official opening in October. 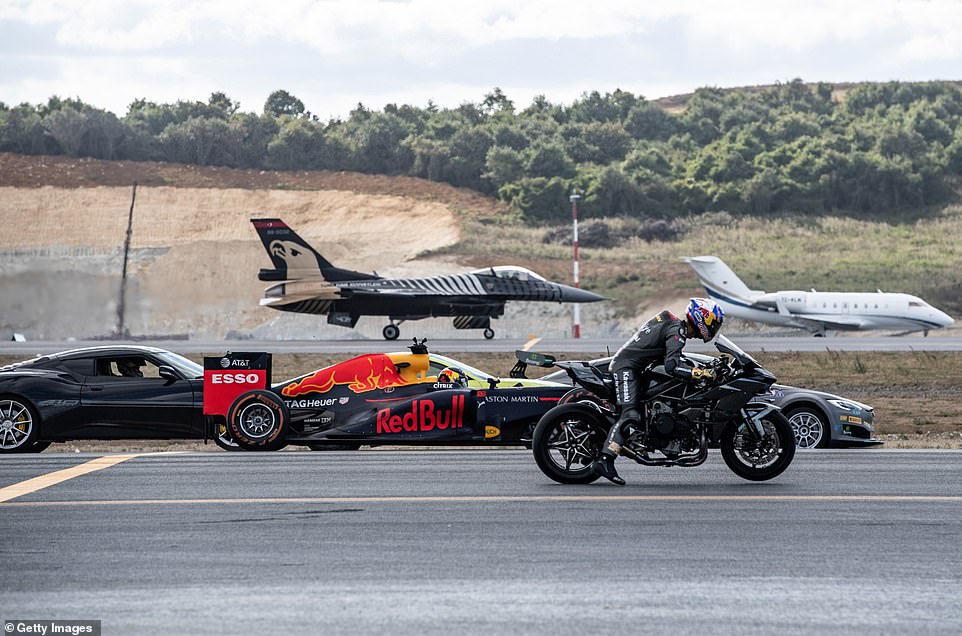