The $999 iPhone XS and $1,099 XS Max have been battling it out to be crowned Apple’s fastest selling smartphone of all time. The most expensive iPhone of all time – $1,449 512GB XS Max – sold out in its space grey and gold finishes in under half an hour last week. Pre-orders are being shipped today in select markets, including the US and UK, with more locations set to be added on September 28. Each phone is available in gold, silver and space grey.

The phone is flying off the shelves despite people mocking its eye-watering price this week, with social media users joking that Apple should have named its new flagship handsets the ‘excess’ and ‘excess Max.’  The iPhone XR, Apple’s new ‘budget’ handset priced at $749, will not be available for pre-order until October. 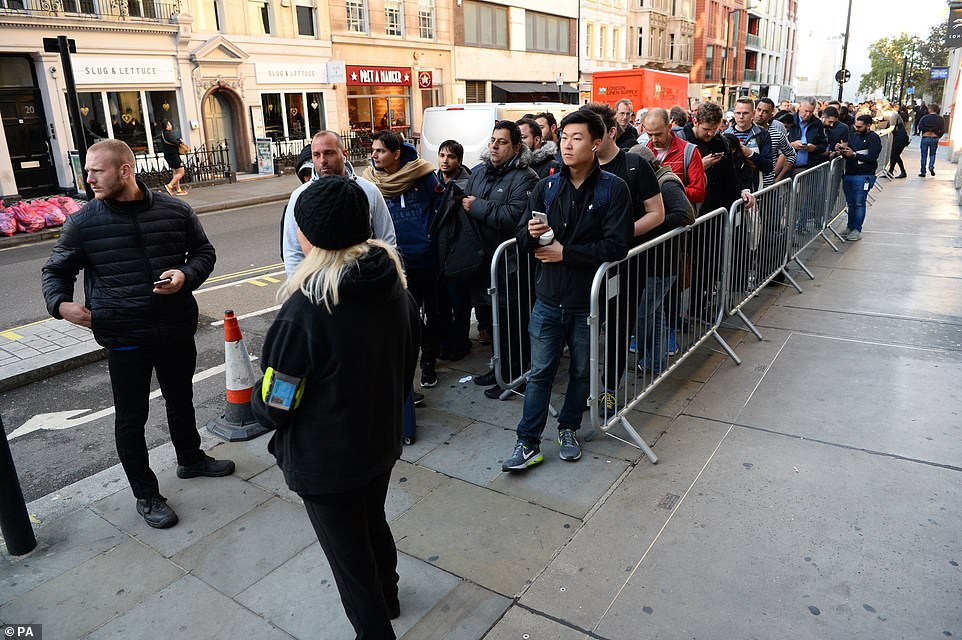